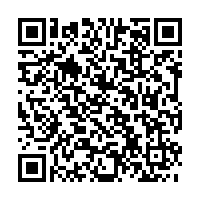 (PresseBox) ( Augsburg, 17-04-28 )
Ryerson University and the TU Munich introduce their award-winning projects for the transport system of the future

Travelling from L.A. to San Francisco in 35 minutes sounds like something out of a science fiction movie. But covering around 570 kilometres in about 35 minutes can become reality with the revolutionary high-speed transport system Hyperloop. Currently, teams of students from all over the world are tinkering with just such a transport system in the framework of the Hyperloop Challenge originating from Elon Musk, the founder of SpaceX. In the process, a transport capsule is to be conveyed through a tube with a vacuum with a travelling speed of up to around 1125 km/h. How much potential this approach has is shown by Lufthansa's interest in the Hyperloop technology for high-speed trains in March 2017.

As a part of the CADENAS Industry-Forum convention in March 2017, two successful Hyperloop teams introduced their projects: The Ryerson's International Hyperloop Team (RIHT) from Toronto and the WARR Hyperloop Team from the TU Munich. Both belong to the 27 finalist teams which presented their prototypes in Los Angeles in January 2017. "We are all young and ambitious and, as nearly all engineers, fans of Elon Musk and his projects. We wish to participate in the innovations and see the Hyperloop project as an excellent opportunity to be a part of the technological change in the world," says Graeme Klim, project leader of RIHT. CADENAS solutions and innovations, such as the locating of components, were introduced at the Industry-Forum, which enjoyed great interest from both international Hyperloop teams.

WARR Hyperloop was the most successful capsule among participants

With the WARR Hyperloop Team (German shortcut for: Scientific Workgroup for Rocket Technology and Aerospace) of the TU Munich, a total of 40 students developed a prototype of a Hyperloop capsule. The so-called Pod was given permission to start on the SpaceX test track in Los Angeles in January 2017, along with only two other prototypes. At this first contest, the Pod from Munich was the fastest and took first place as the only one to reach the finish line. The second contest will take place in summer 2017 and in June the student team from the TU Munich will be introducing their second Hyperloop prototype.

Gabriele Semino, one of the project leaders of the WARR Hyperloop Team, reports about his motivation for the student project: "We're developing something that's never been tried before. Some of the technologies we use already exist in other application areas. But we're combining them completely new and under other framework conditions, such as in the partial vacuum." That's why every component had to be carefully tested and adjusted. "Our detailed tests proved to be great advantages for the contest and test racing. And so we learned what is feasible and what is not," says Catriona Bruce, Propulsion & Levitation on the WARR Hyperloop Team. In particular, the turbine in the front section underwent intensive testing which, up to now, had only been used in airplanes under normal pressure conditions. In the WARR Hyperloop capsule, it ensures that the air is guided to the rear and not pushed ahead by the capsule in the partial vacuum. This serves to minimize resistance and friction. The turbine demonstrated the special feature of the prototype from the TU Munich and proved itself successful during the test run in California.

Ryerson's International Hyperloop Team (RIHT) of Ryerson University, in Toronto, with its six members focuses on a certain subsystem of the capsule with the Hyperloop project. The so-called Hyperloop Deployable Wheel System (HDWS). "Like the construction of an airplane, where various companies from different countries work on single parts, we are specialized in the certain area of the Hyperloop capsule. We took an entire year to optimize and perfect the wheel system in detail," says Tayo Shonibare, Controls & Electronics of RIHT. With success: The Canadian team was given the "Subsystem Innovation Award" in 2016. "Our team showed that you don't need 100 people to set up such a project. Sufficient for the task are six motivated and focused students," Tayo Shonibare added.

The Hyperloop wheel system from Ryerson's International Hyperloop Team consists of around 204 components, 162 standard parts of which were used. In order to speed up the design process, the Canadian Hyperloop Team uses National Aerospace Standards (NAS), supplied to the Aerospace Industries Association (AIA) and IHS Markit in cooperation with CADENAS. During the CADENAS Industry-Forum, the RIHT Team showed how easy it is to find and download the 3D CAD models in the NAS product catalog, and then to integrate into the existing design in the CAD system CATIA. "The Strategic Parts Management PARTsolutions from CADENAS would of course make finding components that much easier. As soon as we change our previous CATIA student version to the regular version, we will use PARTsolutions. It will make our design process easier and faster," Graeme Klim assures.

Just as in the industry and economy, also in the Hyperloop Project the costs play a major role. Although no cost limits have been specified by the Hyperloop contest, each team presented a plan at the beginning about how much money has been made available to them by e.g. sponsors. "We are especially interested in sponsors who contribute components for our prototype and that we can fall back on their know-how. That was possible, for instance for the turbine used, which is very expensive," confirms Gabriele Semino of the WARR Hyperloop Team. Support with the finding of suitable components was instantly possible for the Team from Munich with the help of CADENAS. The German software company made the licenses for the Stategic Parts Management PARTsolutions available for them. Sponsors also play a central role for the Canadian Hyperloop Team. "Even with our costs plans we set up, surprise costs came up time and again in the course of the project. Fortunately, our sponsors are very generous and support us. All of the companies who support us, including CADENAS, are very excited about the Hyperloop Project in general and the work of our team. Mostly the thought of supporting and training the next generation of engineers is paramount to them," says Graeme Klim from RIHT.

CADENAS would like to thank both Hyperloop Teams for their participation in the Industry-Forum convention and wishes all the best for the contest in summer 2017!

Further information on the Hyperloop Teams can be found at:

CADENAS is a leading software manufacturer in the areas Strategic Parts Management and parts reduction (PARTsolutions) as well as Electronic Product Catalogs (eCATALOGsolutions). With its customized software solutions, the company acts as a link between the component manufacturers and their products and the purchasers.

With its 320 employees in 17 locations worldwide, the name CADENAS (Spanish for "process chains") has stood for success, creativity, support, and process optimization since 1992.

In the role of initiator and mastermind, CADENAS has already established many innovations and trends.

More information can be found on our homepage at: www.cadenas.de/en.

Recommend Travel at a speed of 1125 km/h? press release