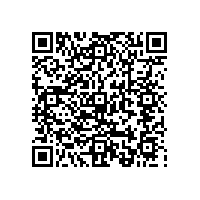 Subscribe to news
(PresseBox) ( Leonberg, 08-05-15 )
The IT specialist caatoosee registered continued favourable business developments in the first quarter of 2008. Revenue rose to EUR 4.9 million, slightly above the previous year's figure (EUR 4.8 million). Net income for the period amounted to EUR 0.4 million, up on the previous year's figure (EUR 0.2 million). The order backlog in the first three months of the financial year 2008 prompts expectations for sound revenues development in the course of the year.

At 78.1%, the equity ratio of caatoosee at the end of the first quarter of 2008 was at the same level as at 31 December 2007, which was the case with cash and cash equivalents and securities as well, which amounted to EUR 11.8 million. Their combined share of the balance sheet total declined slightly to 55.6%, down from 56.8% at the end of the financial year 2007.

Teraport GmbH, which acts as the operating unit of the caatooseee Group, increased revenue in the first quarter of 2008 to EUR 4.9 million (previous year: EUR 4.7 million). At EUR 0.8 million, EBIT was at the previous year's level. The Company stepped up its sales activities considerably in the current financial year. The corporate strategy in this respect is focused on investments in staff, qualifications and the range of services, which is reflected by the increase in selling expenses.

The Group made gains with respect to existing and new customer business in the first quarter. The order backlog increased by EUR 2.0 million from EUR 22.5 million as at 31 December 2007 to EUR 24.5 million, which is an 8.9% gain.

In the financial year 2008, the Company's focus continues to be on the expansion of its investment portfolio in addition to the promotion of organic growth. Potential candidates for acquisition can be found among IT companies in the consulting and services sector.