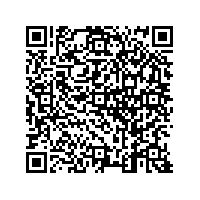 Subscribe to news
(PresseBox) ( North Billerica, MA, 14-05-27 )
BTU International, Inc., a leading supplier of advanced thermal processing equipment for the electronics manufacturing and alternative energy markets, today announced the recipients of the 2014 Dr. Jeffrey Chuan Chu Memorial Fellowship Program in partnership with Middlesex Community College (MCC), Bedford and Lowell, Mass. The 10 student recipients were presented with the fellowship awards at a meeting at BTU headquarters in Billerica on May 20, 2014.

"After the success of the 2012 program, we are pleased to once again support the MCC China Tour. The program certainly meets the dual objective of the fellowship to honor Dr. Chu's lifelong drive to bridge the cultures of China and the U.S., while providing a unique opportunity to local students to broaden their horizons. The students who were part of the 2012 program made an indelible impression on us and we hope this year's fellows will in turn become world travelers and fully embrace cultural differences and exchanges,' said Paul van der Wansem, chairman and CEO of BTU International. "We know that Dr. Chu would have been delighted to see these young people become players in the globally-interconnected world."

The Dr. Jeffrey Chuan Chu Memorial Fellowship was established by BTU International, Inc. in 2011 to honor the memory of Dr. Chu (July 14, 1919 - June 6, 2011), who served initially as a consultant and later as Director of the Board to BTU from 1991 through February of 2009. He was highly instrumental in the start of BTU's operations in China. Dr. Chu was a pioneer in the development of early computer technologies and a crusader for U.S.-China cultural exchange. He was both a teacher and perennial student, invigorated by the world of ideas and was eager to share his knowledge with others.

Middlesex Community College (www.middlesex.mass.edu) is a dynamic learning community, committed to providing educational programs and services that support personal growth and economic opportunity for its diverse student population. MCC is one of the largest community colleges in the commonwealth with two distinct campuses, a 200-acre suburban campus in Bedford and the other in the heart of the City of Lowell. For more information about MCC's 2014 China Fellowship Program, contact Patricia Demaras, Assistant Dean of International & Multicultural Affairs, at 978-656-3256.

BTU International is a global supplier and technology leader of advanced thermal processing equipment and processes to the electronics manufacturing and alternative energy markets. BTU equipment is used in the production of printed circuit board assemblies and semiconductor packaging as well as in the manufacturing of solar cells and nuclear fuel. BTU has operations in North Billerica, Massachusetts and Shanghai, China with direct sales and service in the U.S.A., Asia and Europe. Information about BTU International is available at www.btu.com .