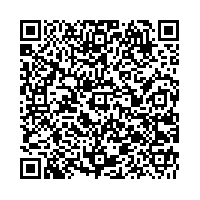 B.R.A.I.N. Biotechnology Research and Information Network AG ("BRAIN AG", ISIN DE0005203947 / WKN 520394) today successfully held its first Annual General Meeting since the IPO on February 9, 2016. At the Annual General Meeting 70,77% of the total share capital, the latter accounting for 16,414,348 shares of BRAIN AG, was represented. All agenda items, including the new election of four Supervisory Board members, the election of a new auditor as well as the creation of a new Authorized Capital, were resolved by a large majority of the participating shareholders. After the return of Dr Georg Kellinghusen to the Supervisory Board, Mangement Board member Frank Goebel becomes CFO of BRAIN AG as previously announced.

Since the IPO, both segments were expanded further and new milestones have been achieved. As an example, he mentioned the start of the DOLCE program for the production of natural sweeteners with its high growth potential. "Our goal is to pursue the long-term growth path sketched out for the bioeconomy along with shareholders. We therefore went public at an early stage of our development. And this strategy so far has been successfull", explained Dr Juergen Eck. "The capital market is increasingly willing to contribute to the expansion of the future sectors around the bioeconomy and to participate in it. This is also due to the positive perception of the bioeconomy topics in public discussions."

Pursuant to the regulations of the EU auditor regulation, BRAIN 2016 carried out a tender procedure for the determination of an auditor for the financial year 2016/17. The shareholders approved the proposal of the Supervisory Board to entrust Ernst & Young GmbH Wirtschaftsprüfungsgesellschaft with this mandate. The auditor for fiscal year 2015/16, PricewaterhouseCoopers AG Wirtschaftsprüfungsgesellschaft, was therefore replaced.

Change in the Supervisory Board

Creation of a new Authorized Capital

BRAIN AG partially utilised its authorized capital during the IPO in the fiscal year 2015/16 as planned in an amount of € 3.5 million. Against this background, the Annual General Meeting followed the proposal of the Management Board and the Supervisory Board to create a new Authorized Capital in order to enable the company to remain flexible towards potential corporate finance transactions. Until 8 March 2022, the Management Board may increase the share capital once or several times by a nominal amount of up to € 8.2 million by issuing just as many new shares.

As previously announced at the end of the fiscal year 2015/16, the appointment of Dr Georg Kellinghusen as a member of the Management Board and Chief Financial Officer of BRAIN AG ended at the conclusion of the Annual General Meeting. Dr Kellinghusen played a major role during the successfull realisation of the BRAIN AG IPO and is now returning to the Supervisory Board. New CFO is Frank Goebel, who joined the BRAIN Group as managing director of the company's wholly-owned subsidiary BRAIN Capital GmbH in February 2015 and had been appointed to the BRAIN Management Board in November 2016. Dr Juergen Eck (CEO) and Frank Goebel (CFO) now form the two-man executive board of BRAIN AG.

The detailed voting results and the presentation on agenda item 1 (in German language) are available for download on the company's website at www.brain-biotech.de/en/investor-relations/annual-general-meetings.

- Appointment of Frank Goebel to Board of Management: https://www.brainbiotech.de/en/investor-relations/financial-news/corporate-news/irnews1579209

This press release contains forward- looking statements. These statements reflect the current views, expectations, and assumptions of the management of BRAIN AG and are based on information currently available to the management. Forward-looking statements are not guarantees of future performance and involve known and unknown risks and uncertainties that could cause actual results, performance or events to differ materially from those expressed or implied in such statements. There are numerous factors which could influence the future performance by and future developments at BRAINAG and the BRAIN Group. Such factors include, but are not limited to, changes in the general economic and competitive environment, risks associated with capital markets, currency exchange rate fluctuations, changes in international and national laws and regulations, in particular with respect to tax laws and regulations, and other factors. BRAIN AGdoes not undertake any obligation to update or revise any forward-looking statements.

BRAIN is one of Europe's leading technology companies in the field of industrial biotechnology, the core discipline of Bioeconomy. As such, BRAIN identifies previously untapped, efficient enzymes, microbial producer organisms or natural substances from complex biological systems that can be put to industrial use. The innovative solutions and products developed by help of this "Toolbox of Nature" are successfully applied in the chemistry, the cosmetics and the food industries. Today, BRAIN's business model is based on two pillars -"BioScience" and "BioIndustrial". The first pillar, "BioScience", comprises its - frequently exclusive - collaboration business with industrial partners. The second pillar "BioIndustrial" comprises the development and commercialisation of BRAIN's own products and active product components.

Further information is available at www.brainbiotech.de/en.