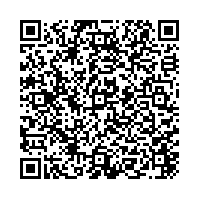 Norwegian Air Shuttle, which operates commercially as "Norwegian," is the second largest airline in Scandinavia and has a route portfolio that stretches across Europe into North Africa and the Middle East.

"We owe our success to our customers - almost 11 million passengers chose to fly with us in 2009. The Next-Generation 737 allows us to offer them ontime departures and arrivals, an environmentallyresponsible and comfortable journey," said Bjorn Kjos, CEO of Norwegian Air Shuttle ASA. "We recognize the tremendous value Boeing's products and services bring to our business and are highly appreciative of the people of The Boeing Company."

Norwegian's landmark order in 2007 for 42 airplanes and 42 purchase rights was the largest ever airplane order from any Scandinavian carrier. Norwegian also is among the first airlines in the world to incorporate the new, spacious 737 Boeing Sky Interior into its airplanes. The interior features soft, blueskylike lighting overhead, contemporary sculpted sidewalls and window reveals designed to draw passengers' eyes to the airplanes' windows, enhancing the passengers' overall flying experience.

"Increasing the production rate of the Next-Generation 737 was the right thing to do to support the growth ambitions of successful carriers like Norwegian," said Marlin Dailey, vice president Sales and Marketing, Boeing Commercial Airplanes. "At the same time, we are improving the performance of the Next-Generation 737 to reduce fuel consumption and emissions by a further 2 percent."

Boeing routinely seeks environmental improvements throughout its product development process. In the case of the Next-Generation 737, improved aerodynamics, a lighter airframe, and a lighter and more powerful engine produced by the French- American partnership CFMI, have led to major environmental gains compared to previous models.