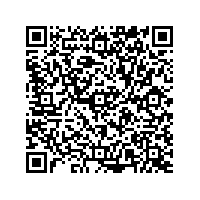 BIOTRONIK steadfast in its commitment to excellence despite challenging economic circumstances

(PresseBox) ( SAO PAULO, Brazil, 12-07-16 )
BIOTRONIK, a leading manufacturer of innovative medical technologies, is celebrating the thirtieth anniversary of its operations in Brazil. Since 1982, BIOTRONIK has been the only manufacturer of pacemakers, implantable cardioverter-defibrillators, stent technologies and devices which has remained in the country for 30 consecutive years.

Despite the social and economic unbalance and political instabilities Brazil has experienced during some periods over the last 30 years, BIOTRONIK has maintained a strong and continuous presence. BIOTRONIK's sustained success demonstrates that the company's approach, showing a keen interest in the activities of Brazilian medical professionals and using the input of Brazilian physicians to develop innovative products, is industrially viable.

BIOTRONIK's approach to business and its commitment to excellence, even in extremely challenging circumstances, was instituted by the company's founder, Prof. Dr. Max Schaldach.

In 1988, with inflation at 50% to 80% per month and the public health system experiencing critical problems, BIOTRONIK donated 5000 pacemakers, supplying 60% of the Brazilian demand, saving 5000 lives and preserving the quality of life for these patients.

"Demand is much greater than the supply for patients who need an implantable device such as a pacemaker or implantable cardioverter-defibrillator to treat their cardiovascular disease," said Daniel E. dos Santos, General Director of BIOTRONIK Brazil. "With today's health care challenges in the country, it is difficult for these underserved patients to gain access to current therapies. According to the World Society of Arrhythmias, if we compare the situation in Brazil with other Latin American countries such as Puerto Rico, Argentina and Uruguay, the number of patients treated with pacemakers in Brazil per million inhabitants is up to three times lower."[1]

BIOTRONIK Brazil remains faithfully committed to Brazilian cardiologists and patients. Today BIOTRONIK still occupies the leading position in the sector and invests more in research and development and technical innovation than any other cardiac device company. It also invests in educational and scientific initiatives to encourage broader and deeper access to treatment for patients with cardiac disease.

BIOTRONIK, which features a broad portfolio of cardiac electrotherapy and vascular intervention products, was the first company to introduce pacemakers approved for MR scans in Brazil. Not available in earlier devices, this technology, called ProMRI®, enables patients to undergo diagnostic procedures using magnetic resonance imaging (MRI) after receiving an implant. The world's first and only implantable cardioverter-defibrillator approved for MR scans, which BIOTRONIK recently launched in Europe, will be available in Brazil in the coming months.

With unique properties for the treatment of vascular diseases, the first hybrid drug-eluting stent is another product recently introduced in Brazil by the company-thereby establishing BIOTRONIK as a pioneer in yet another new area of expertise.

"We intend to vigorously build on our success story here in Brazil," commented Christoph Böhmer, Managing Director of BIOTRONIK. "We look forward to announcing major new investments for the country in the coming months."

As one of the world's leading cardiovascular medical device companies, with several million implanted devices, BIOTRONIK is represented in over 100 countries with its global workforce of more than 5,600 employees. Known for having its fingers on the pulse of the medical community, BIOTRONIK assesses the challenges physicians face and provides the best solutions for all phases of patient care, ranging from diagnosis and treatment to patient management. Quality, innovation and clinical excellence define BIOTRONIK and its growing success-and deliver confidence and peace of mind to physicians and their patients worldwide.