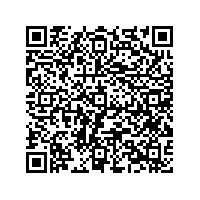 In an extremely difficult market environment for biofuels, BIOPETROL INDUSTRIES AG has strengthened the basis for the future trend of business with its successful financial restructuring in the first half of the business year. The consolidated capital-to-assets ratio of the BIOPETROL INDUSTRIES group has improved sharply to almost 50%, the number of shares rose to 50.5 million by partial conversion of the bond and the principal amount due from the bond was reduced from 75 to 45 million euros. The company also became more competitive on the one hand by making substantial measures to reduce costs (staff reductions, short-time working and moth-balling of production capacity) while, on the other hand, it remains equipped to exploit its full capacities rapidly once more in the event that the market takes off.

Reduced business volume due to a variety of reasons

Turnover exclusive of energy tax were EUR 69,717,000, approximately half the previous year's figure (EUR 139,893,000). There are a number of reasons for the reduction in business volume. Uncertainties on the market - discussion of quotas, requirements for sustainability etc. - made clients hesitant about buying. The increase of the energy tax in Germany by a further 6 c/l to 21 c/l on biodiesel as a pure fuel (B100) caused this market segment to collapse. The resulting shortfall, of some 2.5 million tonnes annually, could not be compensated for even approximately by the increase of the biodiesel blending quota from B5 to B7. Biodiesel prices continued to be under heavy pressure, because large inventories of highly subsidized American B99 that had been established in Europe were still being sold on the market. For glycerine, sales conditions were primarily defined by the economic situation and the financial crisis.

The operational result, before the costs of financial restructuring and the change of balance in trading contracts and provisions for onerous contracts , was as announced slightly positive in the first half of 2009, at EUR 304,000. Taking account of the one-off effects of the financial restructuring and the non-cash IFRS effects, the EBIT was in the negative at EUR 13,757,000 (previous year: EUR -3,179,000)

The net cash flow from operating activities in the half-year was strongly positive at EUR 14,065,000. The cash flow from investment activity was EUR -3,989,000. A related company to the principal shareholder has provided resources for financing current assets. On 30 June 2009, EUR 8,100,000 of this facility was drawn. Cash and equivalents amounted to EUR 2,621,000.

BIOPETROL had 119 employees on 1 July 2009 (average in 2008: 157). Because of legal notice periods, some of them long, some staff reductions will not be financially effective until the 3rd quarter.

The structural conditions for BIOPETROL have been considerably improved by the EU decision to levy import duty on subsidized biodiesel from the USA (B99).

Increasing amounts of indirectly subsidized biodiesel have been coming to Europe from Argentina since the 2nd quarter. The EU and the German government are once again called upon act quickly to give European biodiesel producers the same protection against subsidized imports as in the case of B99 from the USA.

The more demanding sustainability requirements being imposed on biofuels will enable us to take more advantage of our strengths compared to many other market participants. The outstanding logistics of our locations gives us flexibility in serving various markets. We can already comply with the tighter requirements on biodiesel quality like the reduction in monoglyceride content (already introduced in Sweden in 2008).

With our stable shareholder structure and our successful financial restructuring, we are well positioned for the future. Now it's up to the politicians to ensure stable and reliable structural conditions for the industry.

With its German, Dutch and Swiss subsidiaries, BIOPETROL INDUSTRIES AG, which has its head office in Zug (Switzerland), produces and sells biodiesel and pharmaceutical-grade glycerine of the highest quality. Among our customers are the oil industry and oil traders, large-scale fleet operators, short-haul public transport, and the agricultural and construction industries. The pharmaceuticals and cosmetics industries in addition are supplied with glycerine of pharmaceutical quality.

This press release represents neither an offer for sale nor a request for the submission of an offer to purchase or subscribe to securities. This announcement and the information contained therein are not intended to be directly or indirectly passed on to or within the United States of America, Canada, Australia or Japan.