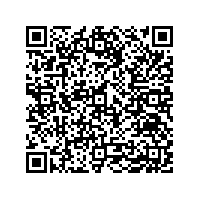 Recovery in the automotive and aviation sectors continuing

"We are resolutely continuing our growthoriented strategy with its focus on three pillars, namely automotive, aviation and the nonmobility industries of the future," explained CEO Dietmar Bichler when presenting the figures for the first nine months, reaffirming the successful course adopted by the Company years ago. With the strong legislative pressure to innovate together with consumers' individual wishes, Bichler sees further potential for supporting OEMs and systems suppliers with customised development services.

Assuming a sustainable recovery in the economy and in passenger vehicle sales, he also sees scope for growth in Bertrandt's top and bottom line in the medium term. "We are committed to enhancing our Company's enterprise value on a solid economic basis and to gearing ourselves closely and consistently to our customers' wishes in the market for development services," Bertrandt's CEO added.

Staff numbers at Bertrandt were up again as of 30 June 2010. On that date, Bertrandt employed 6,111 engineers, technicians and commercial staff (previous year 5,476). In this way, it was possible to create 635 new jobs.