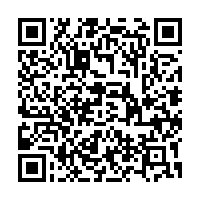 
Bekaert achieved strong margin and volume growth throughout 2016. An overall stronger business portfolio and the growing impact from the various global transformation programs boosted the company's profit performance and cash generation. The underlying EBIT increased by 32% to € 305 million, representing a margin on sales of 8.2%. Our underlying EBITDA totaled € 513 million, up 18% from last year and reflecting a margin of 13.8%. We achieved an improvement in ROCE (from 9.1 to 11.8% underlying) which resulted in ROIC (8.3) exceeding the WACC (8.0), allowing us to return to a value creative position.

The Group's 4% organic volume growth stemmed from firm demand in global automotive markets and steadily increasing sales volumes in industrial steel wire and construction markets. This growth was largely offset in Bekaert's top line by the lower wire rod prices and price-mix effects (-3%).The net effect of mergers, acquisitions and divestments was +2.5% while adverse currency movements accounted for -2.5%.

Bekaert achieved excellent results in all regional segments: EMEA improved on the already high profit margins of last year; our activities in North America and Asia Pacific almost doubled their underlying EBIT performance compared with 2015; and Latin America delivered excellent results with an EBIT margin increase of 50%. The integration of the Bridon activities in Bekaert's consolidated statements via the newly established Bridon-Bekaert Ropes Group, tempered Bekaert's profit performance in the second half, as anticipated.

The Board of Directors confirms its confidence in the strategy and future perspectives of the company and will propose to the Annual General Meeting of Shareholders a gross dividend of € 1.10 per share, compared with € 0.90 last year