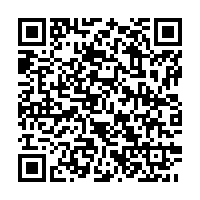 
BASLER AG, the leading global manufacturer of industrial cameras, is presenting today final figures for the first three months of 2020.

Despite the corona pandemic, the Basler group started the year very well and thus laid a solid foundation for achieving the sales and profitability forecast for the first half year of 2020. The temporary shutdown of some countries affected the incoming orders and delivery situation. Overall, the company benefited from the broad geographic positioning, the diversified target customer structure as well as from the maintenance of operating processes.

Compared to the same period of 2019, sales increased by 11 % to € 43.7 million (previous year: € 39.3 million). Incoming orders increased by 26 % to € 52.9 million (previous year: € 42.0 million). Thus, sales and particularly incoming orders are on a very high level. In addition to a higher demand, the relatively great difference between incoming orders and sales is due to a major framework order including a delivery plan over several months and slightly increased delivery times because of materials bottlenecks.

In contrast, the VDMA (Verband Deutscher Maschinen- und Anlagenbau, German Engineering Federation) reported an increase in sales of 2% for the German manufacturers of image processing components for the first three months of 2020. According to VDMA, incoming orders of the industry increased by 3 % in the same period.

However, this very positive start of the year is clouded by the current global economic outlook due to the corona pandemic. The management board assumes that the pandemic will also affect the computer vision market in the 'second row' with negative impacts. Based on current estimations, they will occur more strongly in the second half of the year and show varying effects on the different vertical markets. Currently, the potential consequences cannot be quantified. A forecast for the second half of the year will be published together with the mid-year report 2020.

Even though the current macroeconomic conditions have strong dampening effects, in principle, the management is positive about the future. Main growth drivers such as automation, image processing in new application fields outside the factory as well as the networking of intelligent machines and products (Industry 4.0 / IOT) continue to be intact in the medium to long term.

Basler is a leading international manufacturer of high-quality imaging components for computer vision applications. In addition to classic area scan and line scan cameras, lenses, frame grabbers, light modules, and software, the company offers embedded vision modules and solutions, 3D products, as well as customized products and consulting services. Basler's products are used in a variety of markets and applications, including factory automation, medical, logistics, retail, and robotics. They are characterized by high reliability, an excellent price/performance ratio, and long-term availability. Founded in 1988, the Basler Group employs around 800 people at its headquarters in Ahrensburg and other locations in Europe, Asia and North America. Thanks to its worldwide sales and service organization and cooperation with renowned partners, it offers solutions that fit for customers from a wide range of sectors