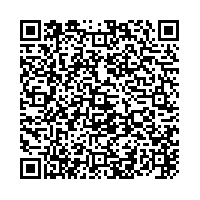 Basler reports business figures for the first 6 months of 2012: Results slightly above expectations

BASLER AG, one of the global leading companies of vision technology, is presenting today the final figures for the first half-year of 2012.

The most important outcome of the reporting period are new record figures in incoming orders, sales, and result in our core business with digital cameras. Group sales and earnings in the first half-year were below 2011 results due to the anticipated significant decrease in demand in the smaller Solutions segment. Our expectations were, however, excelled by the achievements in the camera business that was performing above budget. Due to the continued and despite of all economic risk stable growth in the Components segment the proportion of the camera business in the group's sales has increased more quickly than planned to more than 90%. Therefore, the transformation of Basler AG towards a pure-play camera manufacturer proceeds at a faster pace than originally envisaged.

The group's key figures for the reporting period were still below the strong figures for the previous year. This is due to the ongoing weak demand for new industrial goods in the LCD industry that is catered to by the smaller Solutions business segment. Incoming orders for the group in the first half-year of 2012 decreased slightly compared to the previous year by 5 %, reaching € 28.7 million (previous year: € 30.2 million), while orders in the core business with digital cameras reached a new record value. Sales amounted to € 25.2 million in the reporting period which is 10 % below the previous year's figure of € 28.1 million. Sales in our Components segment reached a new record value while revenues in the Solutions segment declined significantly. Earnings before taxes (EBT) added up to € 2.2 million in the first half-year of 2012 (previous year: € 3.3 million).

Based on better than planned results for the first half-year and being confident to reach our goals for the second half-year, we increased our forecast for sales and profit for 2012 on July 23. We now expect the revenues within a corridor of € 52 to 54 million (previously € 50 to 54 million) and a pre-tax (EBT) margin of 8 to 9 % (previously 6 to 8 %).

The complete six-months report for 2012 can be accessed on the company's web site (www.baslerweb.com).

Basler is a leading developer and manufacturer of high grade digital cameras for applications in industry, video surveillance, medicine, and traffic. Product development is driven by industry requirements. The cameras provide easy intgration, compact sizes, and an outstanding price/performance ratio. Basler has more than 25 years of experience in image processing and has been developing and producing high grade digital cameras for 15 years. The company employs approximately 300 employees in its headquarters in Ahrensburg, Germany, and in the subsidiaries in the USA, Singapore, Taiwan, and Korea.