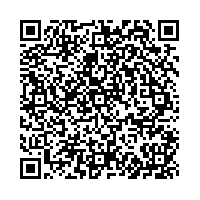 The pre-tax result amounted to EUR 11.4 million (previous year: EUR 9.1 million, +25 %) and the pre-tax rate of return to 12 % (previous year: 11 %). With these results, the upper end of the guidance previously communicated by the company has been achieved. The net result per share increased from EUR 1.94 to EUR 2.45.

In 2016, 21 new employees were hired building up staff on the planned moderate level. The focus, however, was on the integration of the numerous new employees hired in 2015 and on the increase in productivity.

Against the background of a positive annual result 2016, the company will propose to this year's shareholders' meeting the distribution of a dividend of EUR 0.74 per share. This corresponds to a distribution ration of 30 % of the after-tax result.

After strong incoming orders in the past months - in particular for factory applications in Asia - the Basler group expects sales revenues to increase to EUR 120 - 130 million in 2017. On the result side, the company plans with a pre-tax return rate of 13 - 15 % depending on the sales development. Given the very high momentum in the sales markets and the limited visibility of the business development in the second half-year, the current range of the sales corridor is relatively broad. The management strives for giving a more precise corridor in the course of the fiscal year.

The complete annual report is available on the website of the company (www.baslerweb.com).

Basler is a leading global manufacturer of digital cameras for industrial and retail applications, medical devices, and traffic systems. Product designs are driven by industry requirements and offer easy integration, compact size, excellent image quality, and a very strong price/performance ratio. Basler has more than 25 years of experience in vision technologies. The company employs 500 people at its headquarters in Ahrensburg, Germany, as well as in international subsidiaries and offices in Europe, Asia, and the Americas.