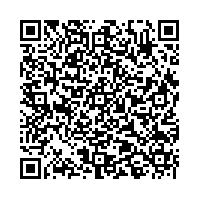 As of the second quarter of 2009, the macroeconomic conditions for manufacturers of industrial goods have not yet improved. The volume of equipment investment was characterized again by a significant reduction compared to the previous year. Nonetheless, there are some first indications that the economic crisis may have reached its low during the reporting period.

As already stated in the report for the first quarter of 2009, since the beginning of the fiscal year, the Management Board has been reacting to the considerable decline in sales with an extensive catalog of measures. Starting from the assumption that the markets for Basler AG will only gradually recover and that recovery will reach into fiscal year 2011, the company has aligned itself towards its core businesses and core competences and towards a speedy return to the profit zone. The earnings before taxes of the first half-year of 2009 are therefore strongly characterized by one-off expenses. As the strategic adjustments will be almost complete by the end of fiscal year 2009, no further one-off expenses are planned for the second half-year. The intended lower cost level will already be reached in the course of the third quarter of 2009.

We expect slightly increasing sales for our components business and lower results for our solutions business in the second half of the year. On the group level, sales for the second half of the year should therefore be slightly above the levels for the first two quarters. Against this backdrop, we expect the group's sales for 2009 in a corridor between EUR 31 million and EUR 33 million which is distinctly below the sales level for 2008. Hence and due to significant one-off expense in the context of the cost-cutting program in the first quarter, we expect negative group's earnings before taxes in the region between EUR -8.0 million and EUR -8.5 million. Adjusted for one-off expenses, the group's earnings before taxes for 2009 will be between EUR -3.5 million and EUR -4.5 million. In the second half-year of 2009 the company will quickly approach the break-even point due to cost relief becoming effective.