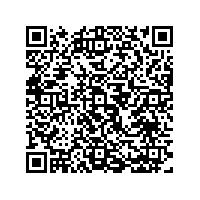 
The ALEXA Mini has been wholeheartedly embraced by the worldwide film and television industry, and is used in many different configurations on all types of production. ALEXA Mini Software Update Package (SUP) 5.0, planned for release as a free download from mid-May this year, responds to user feedback and refines the feature-set still further. Meanwhile new hardware accessories improve the camera’s on-set versatility and efficiency.

In addition to the ARRI Look Library (see separate press release), one of the key advances of ALEXA Mini SUP 5.0 is enhanced integration with the ARRI WCU-4, a comfortable and ruggedly built 3-axis wireless control unit. Already widely used on ALEXA Mini sets, the WCU-4 will become an even more ideal companion with the new camera control features being introduced as part of SUP 5.0.

Previously, lens files of lenses mapped for use with the ARRI Lens Data System had to be manually transferred to the ALEXA Mini via a USB stick. Now, users can select a lens file stored on the SD card in their WCU-4 and – using just the hand unit – wirelessly transmit the file to the ALEXA Mini, saving time and effort.

Wireless lens file transfer is also useful in situations when setup times are short and the camera becomes inaccessible straight after a lens change, for example when rigged on a crane or car mount. The AC can mount the lens and then do the rest of the setup, from lens calibration to lens files transfer, remotely.

Full remote playback control is now possible from the WCU-4. This allows users to wirelessly select, play back and shuttle through any clip from the CFast 2.0 card in the ALEXA Mini without needing direct access to the camera, which again is useful when it is rigged in a hard-to-reach location. Both this feature and the wireless transfer of lens files will be made available to other ARRI cameras with future software upgrades.

SUP 5.0 extends the user setup feature of the ALEXA Mini, which allows all user-defined settings to be stored in a single file. Partial settings are now possible using five parameter groups, enabling more flexible and more specific control, and the camera can now store multiple different setups. Most importantly, these user setups can be wirelessly accessed and activated from the WCU-4, permitting ACs and drone operators to rapidly switch camera settings remotely, for example shifting from ProRes to ARRIRAW recording or activating various looks from ALEXA Mini’s internal ARRI Look Library.

Another of the new features of ALEXA Mini SUP 5.0 is an EXT Sync function that allows the sensors and operational parameters of up to 15 ALEXA Mini cameras to be synchronized to a master ALEXA Mini. Slaves can assume parameters like the frame rate, shutter angle, or ND setup of the master camera, which also provides a status summary of all cameras. Facilitated by new cables and EDB-2 distribution boxes, EXT Sync simplifies the configuration and control of multi-camera 3D, VR and VFX applications in a way that permits the entire multi-camera setup to be operated as if it was one single camera.

SUP 5.0: OTHER FEATURES AND REFINEMENTS

Support for EF lenses has been increased in general with SUP 5.0. A much wider range of lenses is now supported, including control of focus and iris, and the use of image stabilizers. This will be of particular interest to gimbal and drone operators, who often use EF lenses due to their lower weight and who can now make mid-flight adjustments to focus and aperture with the WCU-4.

Support for the ARRI Master Grips has also been extended, with 3-axis control of ENG lenses and the option to configure Master Grip user buttons. The ability to adjust focus and iris of EF mount lenses using Master Grips opens up a very interesting package solution for documentary and handheld operators, who prefer smaller EF lenses due to their weight and cost.

The compact and lightweight ALEXA Mini is a highly versatile tool on set. Some productions use it as a second or third camera, while others use it as the main or only camera throughout a shoot. As a result, it is frequently moved from one configuration to another, and any time savings that can be made during these transitions will have a big impact on the daily shooting schedule.

ARRI has therefore developed a new studio set for the ALEXA Mini, comprising four accessories. At the core of the new system is the ARRI Compact Bridge Plate CBP-1, a base plate with integrated sliding bridge plate and shoulder pad. This allows rapid, tool-less transitions between configurations, for example from TRINITY, MAXIMA or Steadicam stabilizers to a tripod head or an operator’s shoulder.

The Rear Accessory Bracket RAB-1 offers flexible attachment options for the Power Splitting Box Mk II, a power distribution unit available in Gold Mount and V-Mount versions, while the Side Accessory Bracket SAB-1 provides a simple interface for mounting accessories towards the rear of the camera. Many previously released ARRI camera accessories for the ALEXA Mini are fully compatible with the new studio set.

Arnold & Richter Cine Technik (ARRI) is a global company within the motion picture industry, employing around 1,300 staff worldwide. In 2017 ARRI is celebrating its centenary, having been founded in 1917 in Munich, Germany, where the headquarters is still located today. Other subsidiaries exist in Europe, North and South America, Asia and Australia.

The ARRI Group consists of five business units: Camera Systems, Lighting, Media, Rental and Medical. ARRI is a leading designer and manufacturer of camera and lighting systems for the film industry, with a worldwide distribution and service network. It is also an integrated media service provider in the fields of postproduction and equipment rental, supplying camera, lighting and grip packages to professional productions. ARRI Medical focuses on the use of core imaging technologies for surgical applications.

The Academy of Motion Picture Arts and Sciences has recognized ARRI's engineers and their contributions to the industry with 19 Scientific and Technical Awards.