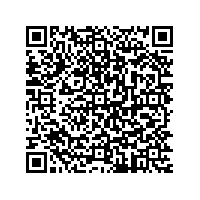 Streamline only requires a TCP/IP connection (e.g. Ethernet, Wi-Fi, USB) to the ARM powered device to collect samples of the processor's program and performance counters. This low-cost link enables long-term analysis of the complete Linux software stack regardless of the target's memory resources. The performance data collected is processed in a matter of seconds to provide a system-level view of the software execution, and can be re-processed to focus the analysis on different areas of the software without having to run it multiple times.

Using an innovative graphical user interface, Streamline instinctively guides developers through the optimization of Linux drivers, libraries and applications. Profiling reports can be navigated from process to thread, function, source code and assembly code level, facilitating the identification of critical performance areas. Stack usage is reported for each call path in the code, enabling developers to target their efforts to the right functions in order to minimize dynamic memory requirements for each thread.

Streamline also includes a unique Timeline view that provides time correlation between active processes, threads, functions and performance counter-related information such as cache misses and processor load. The Timeline view makes it simple for developers to identify inefficiencies in the implementation of multi-threaded applications, as well as the areas of code responsible for performance bottlenecks, sub-optimal cache usage, power-hungry idle loops, and many other system-wide performance issues.

Being compatible with ARM Linux systems based on kernels 2.6.32 or later, Streamline's exclusive kernel module collects an extensive set of performance-related data while also keeping the tool's average overhead below 5%. This open source driver is being integrated into the most popular ARM Linux BSPs, including those based on the Linaro(TM) Kernel, to ensure users can start optimizing the software from the moment that their system is brought up.

"Freescale welcomes the release of Streamline, and plans to integrate the Streamline driver in its Linux BSPs to deliver the best out-of-the-box support for i.MX platforms", said Chip O'Donnell, i.MX Ecosystem Development Manager, "Freescale has also collaborated with ARM to enable full DS-5 Debugger Linux support for its new i.MX28 device, which was demonstrated at the Sept 2010 DFAE event."

"By adopting the DS-5 development environment, Adeneo Embedded, a worldwide expert in Embedded Linux and Android with engineering offices in Europe and North America, has significantly enhanced its own productivity and that of its customers." said Yannick Chammings, CEO at Adeneo. "We continue to collaborate closely with ARM, offering top-level support, training and design services on ARM Embedded Linux to device makers using Streamline and other DS-5 components, and helping them create robust embedded designs while reducing time-to-market."

Streamline is available as a component of the ARM Development Studio 5 (DS-5) for Windows and Linux host platforms, and can be evaluated for 30 days free of charge by downloading it from http://www.arm.com/ds5.