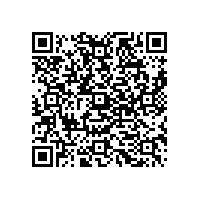 Arburg as strong partner for the future

(PresseBox) ( Loßburg, 10-07-27 )
Arburg's traditional address at the international K trade fair has always been stand number A 13 in Hall 13. However, except for the stand location, almost everything else in Arburg's appearance at the "K" is, as always, new. One of the highlights presented by the company in Düsseldorf is the world premiere of the unique and versatile Selogica control system with completely new operator guidance features. The second debut awaiting visitors is a highperformance hybrid technology in the form of the new, large Allrounder 920 H, which has a newly designed servoelectric toggle clamping unit with a clamping force of 5,000 kN. Arburg's presence at the K 2010 is rounded off by project systems for costeffective part production and real treats in mould and application technology.

Managing Partner and Spokesperson for the Arburg Management Team, Michael Hehl, describes the company's focus at the K 2010 as follows: "Our aim is to open up opportunities for an even more efficient production environment to the practitioners in injection moulding who make up our customer base. Our partnership goes far beyond the modular Allrounder machine level. All of our injection moulding solutions are in line with our company maxim, which defines Arburg as a partner for efficient injection moulding. We are demonstrating this at the K 2010, both with the new features in the area of machines and control systems and with our various hightech exhibits. This is complemented by customerspecific consulting and support, which enable us to develop the best possible solutions with our customers in mind.

With the absolute highlight of the trade fair, the Selogica Assistant, we are once again treading a new path as pioneers in injection moulding technology, that will guarantee us a unique selling point in the industry."

By creating a special, separate area on the exhibition stand, Arburg aims to underline the international pioneering position of its Selogica control system philosophy, which now enables not just machine sequences, but also entire production systems, the associated peripherals and sixaxis robotic systems to be programmed and centrally controlled. The new "Selogica Assistant" launched at the K marks Arburg's next milestone on the road to effective, simplified injection moulding management. As a unique and very simple interface between man and machine, the Selogica Assistant now offers menuguided, supervised setup, or "teaching", functions for the entire mould sequence. Machine operators are actively supported during setup and are literally "led by the hand": It takes just five logical steps to create an entire cycle sequence. The Selogica Assistant thus permits the Allrounder to be set up quickly, simply and reliably without requiring the operator to be familiar with every detail of the control system.

Following the addition of the large hydraulic Allrounders 920 S and Golden Edition to its large machine range, Arburg is now following up with a hybrid highperformance machine with a clamping force of 5,000 kN, starting from the K 2010. The expansion of the upper end of the successful Hidrive machine series underlines Arburg's aim of providing all customers with a sophisticated, powerful, as well as cost and energyefficient machine concept for fast operating cycles, even at higher clamping forces. The new, large and powerful servoelectric toggle clamping unit with a clamping force of 5,000 kN for fast, highprecision movements, makes the Allrounder 920 H particularly impressive. The exhibit is combined with a size 4600 hydraulic injection unit and adaptive hydraulic accumulator technology. The large Hidrive machine will demonstrate a technical application from the packaging sector with sophisticated mould features, such as collapsing cores and multiple slide demoulding.

Projects and applications: individually tailored to the tasks in hand

With a total of ten exhibits, including numerous complex production cells, Arburg will present its broad spectrum of applicationbased, energyefficient injection moulding solutions. Accordingly, the trade fair stand is dominated by hybrid and electric machines from the Hidrive and Alldrive series, all of which bear the Arburg energyefficiency label. These exhibits are used to present highspeed packaging applications from the fields of inmould labelling, multicomponent injection moulding, including liquid silicon and thermo plastics, the production of a medical technology part and microinjection moulding with the new microinjection module from Arburg, which combines an 8 mm injection screw with a second screw for melting the material.

Complex made simple with Selogica

Special production cells in which all processes are managed centrally via the Selogica control system are a further demonstration of perfect communication between man and machine. Highly complex work tasks can be programmed and implemented with ease by following the appropriate control system philosophy.

One example of this is the flexible, fullyautomatic encapsulation of cables on a vertical Allrounder 375 V and a Kuka sixaxis robotic system with Selogica user interface. Advantages: the injection moulder can program the robotic sequences himself, setup and training efforts are greatly reduced and cycle times are effectively shortened. The other advantage of this application is that there is no need for the manual preparation and insertion of the cables. As a flexible component, the cable is inserted into several cavities at freelyselectable positions. The length of the cable loops can be determined without limits.

The application technology highlight is the production of a rotation angle encoder as threecomponent part with inserted magnetic sensors on an Allrounder 370 S with a clamping force of 700 and three size 70, 70 and 30 injection units. The partdesign was developed by Oechsler in cooperation with the institute of polmer technology of the University of Erlangen. The injection mould, designed and built by Oechsler, demonstrates assembly injection moulding in action. A Multilift V robotic system with a longitudinal configuration is used to feed the magnetic sensors into the mould, remove the parts and perform an integral function check. The magnetisation of the injection moulded magnet in the mould is another very interesting technical feature of this application.

The assembly injection moulding process, which is so important for the fast and efficient production of complex parts made from multiple components, can only work to optimum effect if the mould, machine and robotic technology operate in perfect harmony. As you would expect, the central Selogica machine control system also works handinhand with the operator in this example, to ensure that this complex injection moulding and handling process is programmed with utmost efficiency. All three injection units, as well as the robotic system, are united in a single process. This ensures smooth production involving a clear and intuitive dialogue between man and machine that is quite unique.

An electric Allrounder 720 A with a clamping force of 3,200 kN and size 800 and 290 injection units is fitted with a twelvecavity mould from Zahoransky. This is employed in the production of the cores and handles for toothbrushes using socalled SCPS, or paternoster technology. The mould inserts are rolled through the mould vertically. The benefits here are the absolutely central application of force, which has a positive effect on the quality of the parts and the cycle time and the compact mould design achieved using this technology. Furthermore, the mould impresses through its flexibility, as parts can be inserted and finished articles can be removed without having to open the mould. This helps to achieve significant advantages in terms of cycle time.

On a hydraulic Allrounder 630 S with a clamping force of 2,500 kN and size 1300 and 400 injection units, caps will be produced for fivegallon water bottles. The pressure closure with original seal will be produced on an eightcavity cube mould from Foboha. The premoulded part is produced in the first station and cooled in the second station. The second component is injected in the third station, while the fourth station is reserved for demoulding from the closed mould.

Both exhibits once again demonstrate the performance and flexibility of the Selogica machine control system, which can be used to program and monitor the entire mould technology.

Our presence at the K 2010 fair demonstrates one thing clearly: as a strong partner for all areas and branches of injection moulding, Arburg offers its customers individual, efficient production solutions that are perfectly suited to their complex injection moulding tasks in terms of performance, equipment, support and service. This requires expertise in modular series production and main contractor qualities. Arburg meets both requirements in its machine and equipment program. This is perfectly demonstrated at the "K" in Düsseldorf with Allrounders and systems that offer exemplary evidence of how greater individuality can permit greater flexibility in the application, thereby facilitating more costeffective part production.

However, individuality can only succeed if the technical resources are available. Closer ties between man and machine are necessary here. At the K 2010, Arburg provides a clear demonstration of how this will work in the future: the new and established control features of the Selogica will enable effective dialogue between the operator and machine technology, promoting a lasting partnership between man and machine. Even complex production processes are made intuitive, enabling the responsible personnel to retain secure and problemfree control of all sequences. This is how injection moulding technology should work: simply, quickly and effectively - handinhand with the operator.

Arburg, a German machine construction company, is one of the leading global manufacturers of injection moulding machines for plastics processing with clamping forces between 125 kN and 5,000 kN. Fields of application include the production of plastic parts for motor vehicles, communications and consumer electronics, medical technology, domestic appliances and packaging. The product range is completed by robotic systems, complex projects and other peripherals. Arburg's operations are coordinated by an integrated management system and are DIN EN ISO 9001 and 14001 certified. Arburg is represented by its own organisations in 24 countries at 32 locations and by trading partners in more than 50 countries. However, the machines are produced exclusively in the parent factory in Lossburg (Germany). From a total of more than 2,000 Arburg employees, around 1,700 work in Germany. Around 330 further employees work at the worldwide Arburg organisations.

Recommend Arburg as strong partner for the future press release