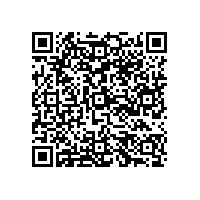 Subscribe to news
(PresseBox) ( Graz/Vienna, 08-05-14 )
Enerjisa, a joint venture of Österreichische Elektrizitätswirtschafts- AG (Verbund) and H.Ö. Sabanc Holding A. ., Turkey, has chosen a consortium led by Andritz VA TECH HYDRO to supply the complete electro-mechanical equipment, including service work, for the Turkish hydropower plant cascade in Kahramanmara (consisting of the Kandil, Sar güzel, and Hacýnýnoðlu hydropower stations, with a total output of 452 MW). The order value is approximately 70 million Euros.

Enerjisa is currently planning to build a total of nine hydropower plants with an overall capacity of around 1,000 MW. The hydropower stations of the Kandil Cascade are the first step, and are planned to be put into operation by the end of 2010.

Turkey currently operates hydropower stations with a total capacity of 13,500 MW and has a further capacity of approximately 4,500 MW under construction. Nearly two thirds of the hydropower plants installed in Turkey were equipped by Andritz VA TECH HYDRO, which confirms the strong market position of Andritz VA TCH HYDRO in the rapidly expanding Turkish hydropower market.

Andritz VA TECH HYDRO, a member of the Andritz Group, is a global supplier of electromechanical systems
and services (“water-to-wire”) for hydropower plants. The company is a leader in the world market for hydraulic
power generation and has a top position in the growing power plant refurbishment segment.

The Andritz Group is a global market leader in the supply of customized plants, systems, and services for the pulp and paper industry, the hydropower industry, the steel industry, and other specialized industries (solid/liquid separation, feed, and biofuel). Headquartered in Graz, Austria, the Group has about 12,900 employees worldwide. It manufactures and sells its products and services globally.