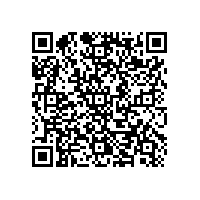 ANDRITZ: results for the first half of 2009

Subscribe to news
(PresseBox) ( Graz, 09-08-07 )
International technology Group ANDRITZ showed a satisfactory business development in the first half of 2009 in view of the continuing difficult economic environment. Sales amounted to 1,574.1 MEUR, a slight decline of 4.6% compared to the reference period of last year. Order intake, at 1,712.7 MEUR, reached a good level, although it was below the over-proportionally high level of the previous year's reference period. EBITA for the first half of 2009 amounted to 56.5 MEUR and was impacted by restructuring expenses of approximately 24 MEUR linked to the prevailing economic crisis. The ANDRITZ GROUP continues to expect its sales to decline by about 15% in the full year 2009 and its net income also to decrease versus the financial year 2008.

Only slight decline in sales

The ANDRITZ GROUP's sales during the first half of 2009 amounted to 1,574.1 MEUR, a slight decline of 4.6% compared to the reference period of last year (H1 2008: 1,650.0 MEUR). While the HYDRO business areas' sales increased, sales of the other business areas, particularly those heavily impacted by the difficult overall economic situation, PULP & PAPER and METALS, declined substantially.

Good order intake, although below the over-proportionally high reference figure for the previous year

Order intake of the ANDRITZ GROUP amounted to 1,712.7 MEUR during the first half of 2009, thus significantly below the over-proportionally high level of last year's reference period (H1 2008: 2,128.7 MEUR). While the PULP & PAPER and METALS business areas recorded a substantial decline in order intake, the HYDRO business area was able to continue its positive development and achieved an overproportionally high order intake compared to the previous year.

Earnings below reference figure for the previous year, mainly due to restructuring expenses of approximately 24 MEUR in the second quarter of 2009

ANDRITZ confirms its sales and earnings guidance for the financial year 2009 published with the financial figures for 2008 and expects sales to decline by approximately 15% and the net income to decrease in comparison to 2008. Wolfgang Leitner, President & CEO of ANDRITZ AG, says: "The difficult overall economic environment, particularly in our PULP & PAPER and METALS business areas, is continuing. Due to the lack of visibility with regard to the further development of the financial and economic crisis, we have continued with the necessary restructuring measures initiated in 2008 and thus, from today's perspective, are well prepared to cope with this difficult economic environment."

The ANDRITZ GROUP is a global market leader for customized plants, process technologies, and services for the hydropower, pulp and paper, metals, and other industries (solid/liquid separation, feed and biofuel). The Group is headquartered in Graz, Austria and has a staff of approximately 13,400 employees worldwide. ANDRITZ operates over 150 production sites, service, and sales companies all around the world.

Recommend ANDRITZ: results for the first half of 2009 press release