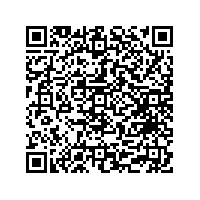 Subscribe to news
(PresseBox) ( London, 10-11-08 )
Mobile network operators can easily meet the demands on their networks at the current growth rates without huge investment in LTE, and could even emerge from the initial phase of market growth with substantially improved revenue-per-byte rates and much healthier margins, states the latest research from global telecoms, media and technology adviser Analysys Mason (www.analysysmason.com).

"There is a lot of exaggerated talk about mobile operators facing massively increasing pressure on their networks, and having to use every resource possible to make costs, revenue and traffic growth align. The problem with the view that there is a huge impending wave of mobile data is that it does not correlate to measured traffic on mobile networks," says Rupert Wood, Principal Analyst at Analysys Mason.

Measured mobile data traffic growth in Europe is nothing like as fast as 'doubling every year', a frequently reiterated claim. Our research indicates that while European mobile data traffic grew by 110% in 2009, it will grow by about 35% in 2010, and that there is no real prospect of a pick-up in growth rates in 2011.

According to Wood, what is missing is an accurate sense of the relative size and dynamics of different types of mobile data traffic. Mobile broadband traffic generated by PCs is by far the largest part, accounting for over 90% of traffic, but it is also the part with the slowest growth. "In fact in some markets mobile broadband traffic growth has already come to a standstill", says Wood. "Subscriber bases are still growing, but each subscriber uses on average less and less."

The other misunderstood area, according to the research, is the proportion of smartphone-generated data that actually flows over cellular networks. This, claims Wood, is actually very low, probably as little as 10-20% in countries where most households have a fixed broadband connection. "The bulk of advanced smartphone traffic is generated indoors and most of it goes over Wi-Fi and fixed broadband. Mobile operators have little influence over consumer behaviour in this respect, and indoor traffic has consequently been lost to them."

Mobile operators stand to benefit from these trends. So long as they derive more money per byte from handset data than from PC data, then they will get an improving mix of a low-value and high-value data without a damaging capacity pressure on their networks. The short-term danger they face is that they will not be able to hold on to that price premium. The longer-term danger, though, is over-investment in LTE before the demand is there. That, claims Wood, would lead to a further devaluation of data transport.

For further information or to learn more about this research visit: http://www.analysysmason.com/Research/Content/Viewpoints/RDTN0_RDTW0_Mobile_data_myth_Oct2010/.

Analysys Mason delivers strategy advice, operations support, and market intelligence worldwide to leading commercial and public-sector organisations in telecoms, IT, and media. Analysys Mason consistently delivers significant and sustainable business benefits. We are respected worldwide for the exceptional quality of our work, our independence and the flexibility of our teams in responding to client needs. The company has over 250 staff worldwide, with headquarters in London and offices in Cambridge, Dubai, Dublin, Edinburgh, Madrid, Manchester, Milan, New Delhi, Paris, Singapore and Washington DC.