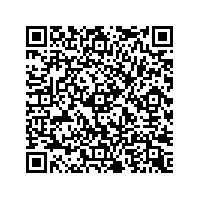 Solid-state silicon microphones are the technology of choice for leading OEMs supporting highperformance, high-density innovation in a variety of applications

Built on Knowles' CMOS / MEMS technology platform, which was originally launched in 2002, the SiSonic(TM) silicon-based microphone series is entering its fifth generation of development, with the overall product family shipping in excess of 1 billion units, to date. The proven, and evolving, design series supports high-performance, high-density innovation in applications such as cell phones, notebooks, digital still cameras, portable music players, and other portable electronic devices.

"We are proud to be associated with a company that has been so successful in introducing this leading technology. It is our objective to continually support Knowles with compelling solutions to reduce costs and improve performance of the integrated preamplifier and modulator circuits," stated Franz Faschinger, Senior Vice President at austriamicrosystems.

"Finding the right IC was an important element to the success of the SiSonic MEMS microphone. austriamicrosystems was one of the few semiconductor suppliers who were able to meet our demanding requirements," stated Mike Adell, General Manager of Knowles Acoustics. "With unique capabilities, depth, and reliability, we believe our relationship with austriamicrosystems will allow us to extend our leadership position in MEMS microphone technology for years to come."

MEMS (micro electro mechanical system) microphones consist of two die, the MEMS sensor element and the CMOS circuit. Acoustic signals are converted inside the MEMS into a change in capacitance. The CMOS IC converts the capacitance changes into a digital or analog output voltage, which can then be processed by the other components in the mobile device. austriamicrosystems' high performance analog ASIC is a very low noise, low power, low voltage MEMS interface system which offers small die area and low cost and also meets the requirements of high manufacturing quality and high voltage capability.