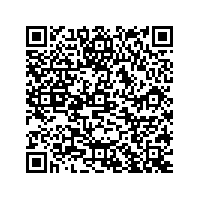 (PresseBox) ( Sunnyvale, CA, 08-11-03 )
AMD (NYSE: AMD) today introduced its eighth annual Global Climate Protection Plan (GCPP), which outlines the company's ongoing strategy and goals to maximize energy efficiency, help lower costs and minimize its environmental impact. Recognizing that climate change presents a range of complex risks to the global community, AMD's 2008 report expands on previous reporting levels to include analysis and data on new initiatives and projects. The report also outlines how, after exceeding its commitment from 2002-2007 to reduce normalized greenhouse gas emissions in its operations by 40 percent and normalized energy consumption by 30 percent, AMD has since recommitted to reduce its normalized greenhouse gas emissions by 33 percent and normalized energy usage by 40 percent by 2010, relative to a 2006 baseline year.1

Indicating a significant step toward transparency in company reporting, AMD has also started for the first time to quantify and estimate its "Scope 3" emissions gas emissions. This Greenhouse Gas Protocol designates indirect emissions associated with supply chain, product distribution, employee business travel and commuting in the "Scope 3" category. With this initial disclosure, AMD is able to engage more directly with its supply chain on the appropriate metrics, goals, and strategy to limit the company's end-to-end carbon footprint, as well as develop a more comprehensive view of the global environmental implications of its activities and business model.

"By continuing to expand and share AMD's climate change strategy and performance metrics with the general public, governments, suppliers, industry groups, and the scientific community, AMD is enabling others to benefit from our experiences as we learn from theirs," said Dirk Meyer, president and chief executive officer, AMD. "Transparency and collaborative innovation are hallmarks of AMD's approach to global climate protection, and represent a fusion of our efforts married to the industry's best practices, such as supply chain accountability."

Commitment to Sustainable Manufacturing
Fab 30 and Fab 36, AMD's wafer fabrication operations in Dresden, Germany, are powered by the highly efficient trigeneration Energy Centers, EVC1 and EVC2. As AMD proceeds to convert the 200 mm Fab 30 to the 300 mm Fab 38, EVC1 has been upgraded to achieve a thermal efficiency of approximately 80 percent, an improvement of more than 10 percent, while EVC2 achieves efficiencies of almost 84 percent. The Dresden Fabs have very low emissions of perfluorocompounds (PFCs), which enabled AMD to reduce its absolute PFC emissions by more than 95 percent below 1995 levels. In 2007, AMD's manufacturing operations in Dresden; Singapore; Penang, Malaysia; and Suzhou, China continued to make energy efficiency improvements, contributing to a twenty percent worldwide reduction in AMD's normalized energy consumption relative to the 2006 baseline.

In addition, this established commitment to energy efficiency and environmental stewardship in manufacturing operations is demonstrated in the conceptual design for the planned new state-of-the-art wafer fabrication facility at the Luther Forest Technology Campus in Saratoga County, New York. Earlier this month, AMD and the Advanced Technology Investment Company (ATIC) of Abu Dhabi announced the creation of a U.S.-headquartered, leading-edge semiconductor manufacturing company to address the demand for independent, leading-edge foundry production capabilities. The new global company, to be temporarily called "The Foundry Company", will serve this need by combining advanced process technology, industry-leading manufacturing facilities and aggressive plans to expand its global capacity footprint and plans to build upon the successful track record of AMD and their award-winning manufacturing operations.

Green Building and Employee Initiatives and Programs
The 2008 GCPP also discusses AMD's new Austin "Lone Star" campus, which extends AMD's leadership in energy efficient products and manufacturing into sustainable building. Completed in 2008 and designed to achieve LEED® (Leadership in Energy and Environmental Design) Gold certification, the new site reduces energy use by approximately 20 percent over a traditional building of comparable size2 , and is powered 100 percent by clean, renewable energy sources such as wind power and biogas from Austin Energy's GreenChoice® program.

AMD also recognizes that employees play a critical role in helping the company be truly sustainable. In 2007, AMD renewed its commitment to education programs that empower employees to help improve their daily lives while decreasing adverse impacts on the global climate. These include using public transportation, carpooling, insulating homes, and turning off lights and computer monitors when they are not in use.

1 The normalization factor is a manufacturing index (MI) derived from the number of wafers processed, the complexity of the fabrication process, and the wafer size.
2 Based on comparison with ASHRAE 90.1-2004 baseline as calculated in accordance with Performance Rating Method (PRM) analysis, expressed in expected energy cost savings.

Advanced Micro Devices (NYSE: AMD) is an innovative technology company dedicated to collaborating with customers and industry partners to ignite the next generation of computing and graphics solutions at work, home and play. For more information, visit http://www.amd.com.

AMD, the AMD Arrow logo, and combinations thereof are trademarks of Advanced Micro Devices, Inc. Other names are for informational purposes only and may be trademarks of their respective owners.