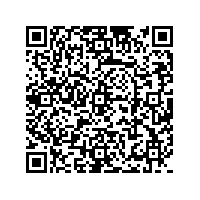 Subscribe to news
(PresseBox) ( Oldenburg/Prenzlau, 09-07-06 )
aleo solar AG today announced that it is expanding a greenfield photovoltaic power plant for a farmer in Südergellersen in the district of Lüneburg, Lower Saxony (Germany). The turnkey expansion project will boost the output of the existing solar farm from 530 to 1040 kilowatts. Construction will start in the fall, and the new solar modules will be connected to the grid by the end of the year. The clean energy produced by the solar farm's 5,850 S_16 solar modules from aleo will save about 570 tons of carbon dioxide each year. "The high output of our solar modules means that greenfield solar farms can be profitable even in northern Germany," said Norbert Schlesiger, director Sales at aleo solar AG. "We are very selective in our projects. We always involve a regional authorized aleo specialist dealer, which generates real added value for our customers."

Operator Carsten Beecken is doubling the capacity of his solar power plant to over 1 megawatts due its cost-effectiveness. He once again chose modules from aleo solar on account of their profitability: "Shortly after the first part of the solar farm went into operation, it was clear that the cost-benefit ratio was very good and our investment would pay off. Furthermore, our solar farm was welcomed in the region and has actually become an attraction." With his photovoltaic power plant, the agricultural and energy farmer wants to produce renewable energy from the region for the region.

The local authorities and district of Lüneburg have supported the solar farm right from the start. "They've clearly recognized the importance of climate protection here, and overall, interest is growing in efficient, climate-friendly energy technology," said Stefan Blaurock, managing director of ad fontes Lüneburg, the specialist company which constructed the first part of the solar farm and will now install the additional modules.

aleo solar AG produces and sells solar modules using silicon cells. It also provides complete solar systems to the global photovoltaic market. The company was founded in 2001 and has been listed in the Frankfurt Stock Exchange's Prime Standard since 2006 (DE000A0JM634). The aleo solar Group currently employs 735 staff. Its manufacturing facilities in Prenzlau (Germany) and two more production sites in Spain and China have an annual capacity of 250 megawatts. The company generated revenue of EUR 360.5 million in 2008.