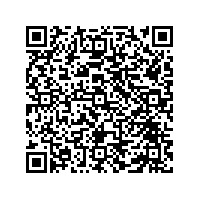 "In Germany, the second quarter of the year was dominated by the uncertainty about the terms of the amendment to the Renewable Energy Act," said York zu Putlitz, CEO and CFO of aleo solar AG. "The major cuts in feed-in tariffs with retroactive effect to 1 April 2012 had a corresponding impact on demand." International business, on the other hand, picked up compared to the first quarter - most notably in Italy and Greece. As a result, foreign business accounted for 58.3 percent of sales in the first six months of 2012 (49.9 percent).

aleo solar AG expects a surge in business in Germany for the rest of the year. Germany is a country in which attractive returns can still be achieved. Internationally, however, demand will be restrained due to the radical cuts in feed-in tariffs. In Italy, for example, the general conditions for investments in photovoltaic installations will deteriorate from the end of August, when the Conto Energia V will enter into force. The stagnating volume of aleo solar's European core markets and the likely continuation of the price erosion in the wake of the reductions in feed-in tariffs will continue to put heavy pressure on revenue and earnings. aleo solar AG therefore once again adjusts its revenue guidance: When the interim report for January to March 2012 was published, the original revenue forecast had been reduced from EUR 440 million to EUR 410 million. Now aleo solar AG is predicting revenue of at least EUR 370 million in the 2012 financial year but expects to record a substantial net loss.

aleo solar AG produces and distributes premium solar modules and systems for the international photovoltaic market. Since 2009, the Bosch Group has owned a majority of aleo solar AG (DE000A0JM634), which was originally founded in 2001 and has been listed on the stock exchange since 2006. As a premium manufacturer with 1009 employees, aleo solar maintains a strong global presence with subsidiaries active in all important photovoltaic markets. Its main plant in Prenzlau, Germany and two additional plants in Spain and China provide the aleo solar group with an annual production capacity of 390 megawatts. In 2011, the company's turnover amounted to € 462 million.