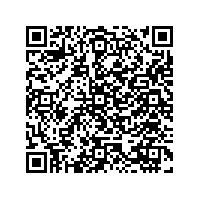 Based on the list price of the CS300 airliner, a firm-order contract with the network carrier will be valued at approximately $764 million US, and could increase to $1.57 billion US should the 10 purchase rights be converted to firm orders.

"As we look to replace the older aircraft in our fleet, matching the requirements of our business plan, we reviewed the narrowbody platforms from the major airframers and determined that the all-new CS300 aircraft was the best fit. With its advanced technologies, it is optimized for our market sizes and will be an excellent companion to the eight Bombardier Q400 NextGen turboprops in our fleet," said Martin Gauss, Chief Executive Officer, airBaltic. "The superb economics of the aircraft and the delivery timeframe that is available to us are also key factors in our decision to choose Bombardier's CS300 airliners for our network."

"In addition, the travelling experience of our passengers will be further enhanced by the CSeries aircraft's widebody comfort, including the five-abreast seating and wider middle seat," added Mr. Gauss.

"The CSeries aircraft program continues to reach new milestones, expanding into new markets with unique applications. As the newest customer to join the CSeries aircraft program, airBaltic − known for being innovative − demonstrates the growing demand and need for unmatched technologies and operational flexibility," said Mike Arcamone, President, Bombardier Commercial Aircraft. "We are thrilled that airBaltic will look to the CSeries aircraft to implement its new initiatives and integrate new levels of passenger comfort. The diversity of the CSeries aircraft customers - from national carriers such as airBaltic, major network carriers, low-fare airlines, premium airlines serving city centre airports, and leasing companies - speaks volumes about the flexibility of the aircraft to serve diverse air transport needs worldwide."

In 2012, airBaltic was named one of the most innovative airlines in the world by airlinetrends.com.

Designed for the growing 100- to 149-seat market, the 100 per cent new CSeries aircraft family combines advanced materials, leading-edge technology and proven methods to meet commercial airline requirements in 2013 and beyond. Powered by Pratt & Whitney PurePower PW1500G engines, the CSeries aircraft family will offer a 15* per cent cash operating cost advantage and a 20* per cent fuel burn advantage. The CSeries aircraft's clean-sheet design is ensuring that the aircraft will achieve greatly reduced noise and emissions, as well as superior operational flexibility, exceptional airfield performance and a range of 2,950 nm (5,463 km)*. The CSeries aircraft will be up to 12,000 lbs. (5,443 kg)* lighter than other aircraft in the same seat category and will provide passengers with a best-in-class, widebody cabin environment in a single-aisle aircraft.

Including today's announced LOI from airBaltic for 10 CS300 airliners and purchase rights for 10 CS300 airliners, as well as a conditional order for five CS100 and 10 CS300 jetliners placed by an unidentified customer earlier this week during the Farnborough Airshow, Bombardier has booked orders and commitments for 352 CSeries aircraft.