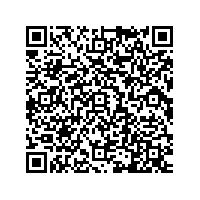 (PresseBox) ( Niederwangen, 10-08-27 )
In the first half of 2010 Adval Tech can again report positive operating earnings for the first time since mid-2008. Total income increased by 12% compared with the same period of the previous year. The main sales markets have made a steady recovery since registering their low point in the first quarter of 2009. This is especially true of the automotive market. The steps already initiated at an early stage to enhance performance also had a positive impact on results. At yesterday's meeting of the Board of Directors of Adval Tech Holding Ltd it was decided to change the reporting standards applied from IFRS to Swiss GAAP FER before preparation of the 2010 annual financial statements.

The resolute implementation of the various measures already adopted in 2008 and 2009 made a significant contribution to the improvement in results. The number of employees declined from 3488 fulltime units in August 2008 to 2523 fulltime units at June 30, 2010. Personnel expenses relative to total income therefore declined from 38% to 35%.

The global presence Adval Tech has achieved through the corporate acquisitions made in 2007 and 2008 - with whollyowned sales and marketing organizations and manufacturing facilities in Europe, Asia and America - enables Adval Tech to implement its market strategies systematically. Adval Tech has received an order from BMW to develop and manufacture twelve components for the new generation of its Series 1 and 3 models. The components developed jointly with BMW will be manufactured in large numbers as of 2011. Project management is based in Muri (Switzerland), the production molds are being manufactured for the most part in Haslach (Germany) and Suzhou (China). The BMW assembly lines in Germany will be supplied from the plant in Szekszárd (Hungary), the BMW assembly lines in Asia and South Africa from the plant in Suzhou (China).

Adval Tech received another large order from the automotive industry in July 2010. Via ThyssenKrupp Presta, Adval Tech Styner+Bienz is supplying a substantial portion of the steering system for the largest platform ever launched by VW in Europe. The modules will be manufactured in the Uetendorf plant.

A cooperation agreement with Anchor Manufacturing Group in Cleveland, Ohio, and a new subsidiary (Styner+Bienz US Inc.) formed in this context now also enable the Adval Tech Group to supply its customers in the automotive industry operating on a global scale from the US in a quality that is uniformly defined worldwide.

Total income of the Automotive Division in the first six months is not only 29% higher than the previous year's figure but also well above (+9%) total income reported for the second half of 2009. Sales developed especially strongly in applications for airbags, ABS and automobile lamps.

Operating earnings before depreciation (EBITDA) were also significantly higher at all sites.

Diverging trends in the Medical and Consumer Goods Segment Total income in the Medical and Consumer Goods Segment in the first six months was 4% below the previous year's figure and 1% behind the figure for the second half of 2009. While the components business gained more than 20% compared with a year earlier, business with injection molds contracted as expected. In particular, the downsizing of the injection mold manufacturing activities at the Muri site at the end of 2009 and the anticipated reduction in mold sales for inhouse component manufacture in the medical technology sector contributed to this outcome. Operating earnings before depreciation (EBITDA) were only slightly lower than the comparative figure in the first half of 2009.

The flexible adjustment of structures and thus costs to market conditions is still Adval Tech's main priority. If the sales trend remains reasonably stable in the second half of the year, Adval Tech foresees a further slight increase in total income and a significant improvement in operating earnings. On this basis the group expects to achieve a turnaround at operating earnings (EBIT) level.

The Adval Tech Group intends to change from IFRS (International Financial Reporting Standards) to Swiss GAAP FER (Schweizerische Fachempfehlungen zur Rechnungslegung) before presenting its 2010 annual financial statements. This was decided by the Board of Directors of Adval Tech Holding Ltd at its meeting yesterday. This change is to be made in the course of the current year.

The development of IFRS reporting standards is continually increasing their complexity. The effort involved in preparing financial statements is growing considerably without additional transparency being created in the process. Mediumsized companies like the Adval Tech Group can utilize the modular concept of Swiss GAAP FER with acceptable effort. Swiss GAAP FER also ensures informative financial reporting providing a true and fair view of the company's financial position, results of operations and cash flows. The registered shares of Adval Tech Holding Ltd (securities symbol: ADVN; ISIN: CH0008967926) will continue to be listed on the SIX Swiss Exchange with the new presentation of accounts conforming to Swiss GAAP FER. However, the change in reporting standards from IFRS to Swiss GAAP FER will result in a change of segment in terms of the Reporting Guidelines (RLR, Art. 6). An application to this effect will be submitted to the SIX Swiss Exchange in due course. Subject to the approval of the SIX Swiss Exchange, the registered shares of Adval Tech Holding Ltd will move from the Main Standard list to the Domestic Standard list before the end of 2010. Details of the effects of these changes will be published at a later date.

All statements in this report which do not refer to historical facts are statements related to the future which offer no guarantee with regard to future performance; they are subject to risks and uncertainties including, but not confined to, future global economic conditions, exchange rates, legal provisions, market conditions, activities by competitors and other factors outside the company's control.

Adding value through innovation - that's what the name Adval Tech stands for. As a global technology and process partner Adval Tech focuses on the complementary technologies of metal stamping and forming and plastic injection molding. In selected markets in the automotive, medical technology and consumer goods sectors, Adval Tech is a leading global supplier of volume components, subassemblies, systems, tools and special machinery. As a valueadding partner Adval Tech covers the entire value chain: from product design and the development of volume components through design and production of the necessary molds and dies to complete manufacturing systems and the resulting production of components. Adval Tech trades on the markets under the names of AWM, FOBOHA, OMNI, QSCH, Styner+Bienz and Teuscher.