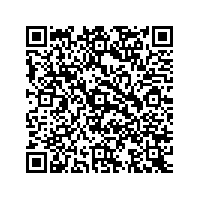 Subscribe to news
(PresseBox) ( Zurich, Switzerland, 10-07-22 )
.
- Orders up 5%[1], base orders 15% higher
- Revenues down 5%, pace of decline slows versus previous quarter
- Operational performance lifted by more than $400 million savings in the quarter

ABB's orders grew 5 percent in the second quarter of 2010, led by increases of more than 20 percent in each of the company's automation divisions on the strength of the global economic recovery.

Industrial customers continued to invest in energyefficient automation and power solutions to increase productivity and quality. Investments by utilities in large power transmission projects, however, remained cautious in most regions. As a result, base orders (below $15 million) grew 15 percent in local currencies while large orders (above $15 million) declined by 37percent. The order backlog has grown 5 percent since the beginning of the year.

Revenues were 5 percent lower than the yearearlier period, mainly due to order declines in 2009 and the beginning of 2010 that flowed through to sales in the second quarter.

Earnings before interest and taxes (EBIT) decreased to $975 million, resulting in an EBIT margin of 12.9 percent. Included in EBIT are additional project costs in the Power Systems division of $80 million. Excluding net losses on derivative transactions and restructuringrelated costs, the EBIT margin was 14.6 percent[2]. Savings in the quarter of more than $400 million from the company's cost takeout program played a key role in maintaining profitability.

Cash from operations in the quarter was $649 million, down versus the same quarter a year earlier, while net income amounted to $623 million.

"The strong second quarter results show how we are using our improved cost base and leading position in key industrial markets to take maximum advantage of the global economic recovery," said Joe Hogan, ABB's CEO. "It's the great strength of ABB's portfolio that automation can drive profitable growth during a period of lower power demand.

"We feel more confident about the recovery in most of our markets than three months ago and believe that our shortcycle businesses will continue to perform well over the rest of 2010. After the severe industrial recession of the last two years, customers have started again to invest in technologies for energy efficiency and productivity. We expect customer capital expenditures, especially on the power side, to recover later in 2010 and into 2011," Hogan said.

[1] Management discussion of orders and revenues focuses on local currency changes. U.S. dollar changes are reported in the results tables.
[2] Please refer to Appendix I