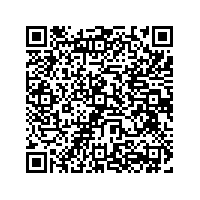 ABB's order growth accelerated and revenues rose in the third quarter on a combination of continued growth in demand from industrial customers and an increase in large power orders.

Net income in the third quarter 2010 reached $774 million while cash from operations amounted to $1.4 billion.

"We continued to take full advantage of the global industrial recovery in the third quarter with excellent order growth, slightly higher revenues and, thanks to our cost take-out program, strong earnings as well," said Joe Hogan, ABB's Chief Executive Officer. "Our shorter-cycle automation businesses turned in a particularly positive performance on both the top and bottom line as they grew revenues on a much more competitive cost base."

ABB's two-year program to cut costs by strengthening its presence in emerging markets, improving productivity and streamlining procurement and administration yielded approximately $350 million of savings in the quarter.

ABB won a major order in the quarter to connect an offshore wind farm to the German grid and experienced strong demand from a wide range of industries, including minerals and metals, discrete manufacturing and solar power. Growth in these areas more than offset continued weak utility investments in power transmission equipment in most regions.

"Demand from our industrial customers grew significantly in the quarter, especially in the emerging markets, as they increased capacity and invested in solutions to increase energy efficiency and productivity," Hogan said. "Utility spending in power transmission equipment remains muted, a trend that we expect to continue into next year. Still, we see plenty of opportunities for growth, especially in areas like renewable energy and industrial efficiency, and in the fast-growing emerging economies."