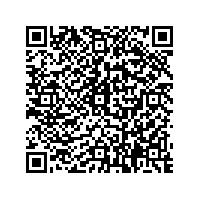 aap: Successful start in 2017 with sales and EBITDA increase

- Gross margin and costs: First positive effects in increasing gross margin through focussing on trauma and growing sales share in established markets; perceptible reduction in personnel and other costs inter alia as a result of personnel measures undertaken in 2016

- Focus on established markets: Share of sales attributable to North America and Europe together increased by 16% to EUR 2.1 million (Q1/2016: EUR 1.8 million); conclusion of a distribution agreement for the LOQTEQ® Radius System with a worldwide leading US medical technology company

- LOQTEQ®: Completion of portfolio with a focus on the preparation of approvals for further polyaxial LOQTEQ® systems

- Silver coating technology: Focus on coordinating scope of clinical study with notified body and US FDA; approach, timetable and required resources will be published in a separate release

With regard to the sales development, it turns out that the dynamic development in North America and Europe continued in the first quarter of 2017. This reflects simultaneously the progress in the targeted distribution focus on established markets such as North America, the DACH region and further European countries. Besides this the sales development in BRICS and SMIT states shows a positive trend towards stabilization.

Based on the realized sales growth with a higher gross margin and lower overall costs at the same time, aap improved EBITDA in the first quarter of 2017 by 23% compared to the first three months of the previous year to EUR -1.7 million (Q1/2016: EUR -2.2 million).

Given that the figures for both Q1/2017 and the same period in the previous year contain one-time effects, a comparison based on Recurring EBITDA (EBITDA without one-time effects) makes sense. Adjusted for the one-time effects mentioned above, recurring EBITDA in the reporting period rose by 39% to EUR -1.2 million (Q1/2016: EUR -2.0 million), reflecting the aimed development: a focus on established markets with higher profit margins and simultaneous a disciplined cost management to improve operational performance. These areas of activity are of central significance for the management in the financial year 2017.

For the second quarter of 2017 aap expects sales of EUR 1.8 million to EUR 2.7 million and EBITDA of EUR -1.7 million to EUR -1.3 million. Regarding the above mentioned sales forecast it has to be considered with respect to the year on year comparison (Total sales Q2/2016 reported at EUR 3.4 million) that in course of drawing up the annual financial statements for 2016 the Management Board decided as a precautionary measure to revoke an initial sale with a distribution partner invoiced in the second quarter. The reason was a delayed payment of the contractual due purchase price. After adjusting for this effect this results in comparable trauma sales of EUR 2.3 million for the second quarter of 2016 respectively total sales (incl. discontinued activities) of EUR 2.7 million.

1 In the consolidated balance sheet of 03/31/2017, EUR 22.7 million is stated as cash and cash equivalents, while cash with banks totalling EUR 4.7 million is shown under other financial assets as it was pledged to secure financial liabilities respectively cash payments were made to secure bank guarantees granted to third parties.