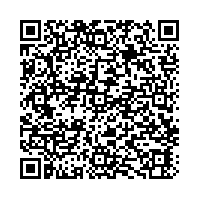 Transformation to a pure player in trauma completed

(PresseBox) ( Berlin, 17-04-03 )
aap Implantate AG (aap) made fundamental progress in financial year 2016 in its transformation into a focussed trauma company. In the past financial year the company sold its subsidiary aap Biomaterials GmbH and the remaining stake in aap Joints GmbH, thereby taking the last steps on the way to a pure player in trauma. Now, with our IP-protected product and technology base and our strong liquidity position, we are well positioned to take even better advantage of the opportunities presented in the fast-growing global trauma market. Our three innovative platform technologies LOQTEQ®, silver coating and absorbable magnesium address needs in the health system that to date have largely not been addressed adequately and offer significant growth potential.

- Focus on trauma: Sale of aap Biomaterials GmbH on favourable terms leading to a deconsolidation profit of EUR 23.2 million and a cash inflow of around EUR 34 million; sale of the remaining stake in aap Joints GmbH completes transformation to a pure player in trauma

- LOQTEQ®: Completion of the portfolio with inter alia the market launch of the periprosthetic system and development of various polyaxial systems; more than 90% indication coverage for the treatment of major bone fractures creates high attractiveness for full service hospital and purchasing groups; umbrella patent granted in the United States

Silver coating technology: Submission of the design dossier for a CE conformity assessment procedure at a notified body; submission of documents for pre-submission meetings at the FDA

- Costs: Implementation of extensive personnel measures leading to an effective saving of around EUR 1 million in 2017; amicable agreement with co-developer of the LOQTEQ® technology for early termination of a long-term licence agreement leading to a sustainable discharge of the earnings level in the medium and long term

For a detailed evaluation of the Management Agenda 2016 please refer to the consolidated annual financial report for 2016, published today.

EBITDA in the continued operation amounted to EUR -7.9 million in the financial year 2016 (FY/2015: EUR -6.8 million). The background of this development are mainly to the following factors that had a major effect on EBITDA in the reporting period:

- A positive trend with lower other operating costs, which in 2016 were additionally burdened by one-time expenses for the early termination of a licence agreement with a co-developer of the LOQTEQ® technology, essential recertification work as part of the aap Joints transaction and legal fees in connection with the personnel measures implemented and the two above-mentioned agreements

Based on the above, recurring EBITDA, adjusted for one-off effects, was EUR -5.6 million in the financial year 2016 and reflects the aimed development: a focus on established markets with higher profit margins and simultaneous a disciplined cost management to improve operational performance. These areas of activity will continue to be of central significance for the management in the financial year 2017.

In financial year 2016 the discontinued operation posted an EBITDA of EUR 23.9 million, which along with the deconsolidation profit totalling EUR 23.2 million includes current earnings subject to the provisions of IFRS 5 for the period from 1 January to 11 May 2016.

aap intends to return to the growth track in financial year 2017. In line with the strategic focus in particular established markets such as North America, the DACH region and further European countries shall serve as drivers of the sales increase. At the same time sales development in BRICS and SMIT countries shall be stabilized. The Management Board anticipates a moderate development over the first six months and a more dynamic growth in particular in the second half of the year. Overall, the company expects sales of EUR 10.0 million to EUR 13.0 million for 2017.

The Management Board is confident with the consequent implementation of the measures derived from the strategy to lead aap back on the growth track and to unlock the inherent value of its innovative product and technology base.

1 In the consolidated statement of financial position to 12/31/2016, EUR 23.8 million is stated as cash and cash equivalents, while cash with banks totalling EUR 5.1 million is shown under other financial assets as it was pledged to secure financial liabilities respectively cash payments were made to secure bank guarantees granted to third parties in the financial year.