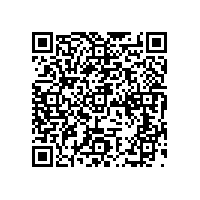 4SC Announces Financial Results for the First Half Year 2010

Highlights for the Second Quarter 2010:

- Public funding from the Federal Ministry of Education and Research (BMBF) of up to €1.4 million for a joint project with Nexigen GmbH to develop innovative peptide-based cancer drugs

Dr Ulrich Dauer, CEO of 4SC, commented on the course of business, "In the first half of 2010, current clinical activities culminated at our company. We were able to achieve important advancements with all our clinical programmes, as well as our preclinical projects, as planned. By the end of 2010 we expect data from two Phase II studies and one Phase I study. Within the next 18 months we anticipate reporting final results for a total of six, ongoing clinical studies. These important milestones that lie ahead of us should continue to underscore 4SC's capabilities and attractiveness as a partner to global biotech and pharmaceutical companies."

Overview of results in the first half of 2010

In the first half of 2010, 4SC generated revenue of €0.5 million, down from €1.0 million for the same period in 2009, resulting from research collaborations. Total operating expenses for this period were €11.2 million, following €8.6 million in the first half of 2009, an increase largely attributable to a rise in research and development costs. These increased from €6.5 million to €9.0 million compared to the prior year period, in line with planning, as a result of the successful expansion of clinical development activities.

Overview of results in the second quarter of 2010

The positive developments in the clinical programmes continued in the first half of 2010. A total of six Phase I and Phase II studies for four clinical product candidates progressed according to plan.

The Phase II study SAPHIRE with resminostat in Hodgkin's lymphoma (HL), which is being conducted in two stages using the Simon design, successfully met the clinical activity requirements for the first Simon recruitment stage in May. This enabled the second Simon recruitment stage to be opened so that the efficacy of resminostat could be tested in a larger patient cohort. Simon's twostage design aims to ensure that only if there are objective signs of efficacy in the first patient cohort, another cohort can be treated. For ethical reasons, this minimises the risk that patients could be treated with an ineffective study drug as the only treatment option.

The Phase II study SHELTER in hepatocellular carcinoma (HCC) was also advanced in accordance to plan, the objective being to treat 50 patients in this study.

The Company continued its preparations for the launch of another Phase I/II study with resminostat in patients suffering from colon cancer. Planned as a second-line treatment in combination with a standard chemotherapy regimen (FOLFIRI) in patients with tumours that contain mutations in an important cellular signalling molecule (known as the KRAS gene), this study is scheduled to be commenced in Germany before the end of 2010 pending approval by the regulatory authorities.

Patient recruitment for 4SC's autoimmune drug candidate vidofludimus was successfully completed by mid-year for the exploratory Phase IIa study ENTRANCE in inflammatory bowel disease (IBD). Predictive study data is therefore expected in the second half of the year. This exploratory study was commenced to deliver first efficacy data for vidofludimus in IBD and consequently leverage this compound's broader commercial potential in addition to the rheumatoid arthritis (RA) indication. In the study, 4SC is investigating whether steroid-based treatment can be replaced or reduced through vidofludimus and whether further inflammation can be suppressed, on an ongoing basis, without patients suffering further side effects.

Good progress was also made with the Phase IIb study COMPONENT with vidofludimus in RA. In parallel, comprehensive preclinical data was published on vidofludimus in the peer-review journals Inflammatory Bowel Diseases and American Journal of Pathology, to substantiate its broad applicability in autoimmune diseases. On the one hand, the role of vidofludimus as a suppressor of the cytokine Interleukin 17 (IL-17), an inflammatory messenger, was highlighted. It was demonstrated that vidofludimus substantially improves the symptoms of inflammatory bowel disease and significantly inhibits the production of IL-17 both in vitro and in vivo. On the other hand, vidofludimus was demonstrated to be as effective as the standard therapy high dose cyclophosphamide (CYC) in controlling systemic lupus erythematosus (SLE) without causing myelosuppression, which is frequently seen with CYC. These results broaden the potential use of vidofludimus as an orally administered baseline therapy for treating autoimmune diseases such as RA and IBD - both indications that are at the forefront of 4SC's clinical development strategy.

Progress was also made in the two Phase I studies with the multi-kinase inhibitor 4SC-203 and the oral Eg5 inhibitor 4SC-205. The results of the Phase I study on volunteers are expected In the course of the current year for the compound 4SC-203 which was developed in collaboration with ProQinase GmbH, Freiburg, Germany. Due to its target selectivity profile, 4SC-203 will be specifically tested for its antitumour activity in patients suffering from acute myeloid leukemia (AML). In this form of leukemia, the FLT3 kinase is a particularly disease-relevant target.

In addition to the progress made in the clinical programmes, the preclinical development of two further oncology projects, the selective class I HDAC inhibitor 4SC-202 and the cell-cycle blocker 4SC-207, was pursued in the second quarter of 2010. It is planned to commence Phase I clinical development for the compound 4SC-202, which exhibits a very different activity profile to the further developed HDAC inhibitor resminostat, in 2010.

4SC announced in April that it had secured additional public funding. The German Federal Ministry of Education and Research (BMBF) is providing up to €1.4 million in grants for a project implemented in collaboration with Nexigen GmbH, Bonn, Germany, under the "KMU-Innovativ" programme. This project will develop innovative peptidebased cancer drugs which have the potential to expand 4SC's pipeline with new classes of drugs in the medium term.

At the same time, 4SC is pleased to report that it received two international awards from independent juries for its transparent and clear communication with shareholders. The Company won a platinum award from the League of American Communications Professionals (LACP) for its 2009 annual report. From 4,000 international submitted reports, 4SC received first place in the biotech category (revenue of up to US$1 billion). 4SC was also successful in the Annual Report Competition (ARC), receiving the gold award, which is the highest possible distinction.

4SC currently expects to announce two significant valuegenerating Phase II results in autoimmune disease in the second half of 2010. The results for vidofludimus in the Phase IIa study in IBD are scheduled to be reported in the second half of 2010, while the results for the same drug candidate in the Phase IIb study in RA are expected at the end of 2010. Phase I results for the compound 4SC-203 are also due to become available this year. In addition, the commencement of a Phase I/II colon cancer study with resminostat and the commencement of 4SC-202 in Phase I development will enhance the sustainability of the Company's product pipeline in 2010.

For the first half year 2011 further important clinical results in the oncology pipeline are expected.

4SC is well positioned financially to meet all of the abovementioned milestones within its current financial planning. 4SC's stated goal is still to become a key partner for global biotech companies and the pharmaceutical industry by developing innovative drug candidates for autoimmune diseases and oncology.

The complete half year financial report will be available from 9am today at www.4sc.com/investors.

4SC AG (ISIN DE0005753818) is a drug discovery and development company focused on autoimmune and cancer indications. Vidofludimus (4SC-101), a small molecule, is currently in a Phase IIb study in rheumatoid arthritis and a Phase IIa exploratory study in inflammatory bowel disease. The company's lead oncology compound, resminostat (4SC-201), a pan histone deacetylase (HDAC) inhibitor, is in Phase II trials in hepatocellular carcinoma and Hodgkin's lymphoma. Two further oncology compounds, 4SC-203 and 4SC-205 are in Phase I studies. 4SC develops drug candidates until proofofconcept in order to generate value creating partnerships with the pharmaceutical industry in return for advance and milestone payments as well as royalties.

Founded in 1997, 4SC has 94 employees and has been listed on the Prime Standard of the Frankfurt Stock Exchange since December 2005.