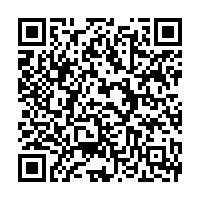 More women needed in IT!

(PresseBox) ( London, 10-08-05 )
While we can feel encouraged that the new government has put its faith in IT entrepreneur Martha Lane Fox to be its champion and chief advisor on all things webrelated, strong and inspiring female role models in the IT world are still few and far between. A poll from the 360°IT event has revealed the industry still faces a massive dearth of women in IT jobs, with three quarters responding that their organisations are not doing enough to attract women into IT and only 5% saying enough is being done. Rather depressingly, the remaining fifth responded that there were already enough women in IT so no more needs to be done! With this in mind, it is perhaps not surprising that currently only 20% of the IT workforce in the UK is female.

According to Maggie Berry, Managing Director of Women in Technology, "Research by McKinsey has shown a link between the number of women in senior positions and strong financial performance. What's more, in an IT sector that is becoming increasingly crowded and commoditised organisations need to harness creativity to differentiate, innovate and stay ahead of the competition. What better way to do this than by bringing more women into the mix who can provide fresh ideas, approaches and insights previously unavailable to the organisation?"

"There is definitely more that can be done to entice women into IT: organisations should look to market themselves more directly to women, exhibiting at femalecentric events with appealing collateral. Once woman are recruited, flexiworking and mentor programmes can be introduced to cultivate and retain female talent and to help them balance work with personal commitments. It is a slow process but these small steps can and will make a difference. If IT organisations don't make the effort to do so they, and the wider IT industry, will lose out to sectors that are more proactive at recruiting female talent," warns Maggie.

Maggie Berry, Managing Director of Women in Technology is speaking on the topic of "IT As A Profession And A Career - How Can You Succeed?" at the 360°IT event. 360°IT - The IT Infrastructure Event, takes place on 22-23 September 2010 in Earls Court, London. For more on 360°IT the event that demonstrates how IT infrastructure solutions can help to achieve key business objectives such as improving service, reducing cost, managing risk and gaining competitive advantage and growth visit http://www.360itevent.com

If you want to read more from Maggie Berry or comment on her 360°IT blog post visit:
http://www.360itevent.com/page.cfm/action=Archive/ArchiveID=1/EntryID=64

360°IT is the event dedicated to the IT community addressing the needs of IT professionals responsible for the management and development of a flexible, secure and dynamic IT infrastructure.

With high level strategic content, product demonstrations and technical workshops, 360°IT will provide an essential road map of current and emerging technologies to deliver end to end solutions.

360°IT will facilitate vendor and end user collaboration to create the IT infrastructure necessary to achieve key business objectives - improving service, reducing cost and managing risk whilst gaining competitive advantage and growth.