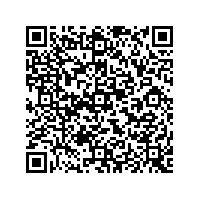 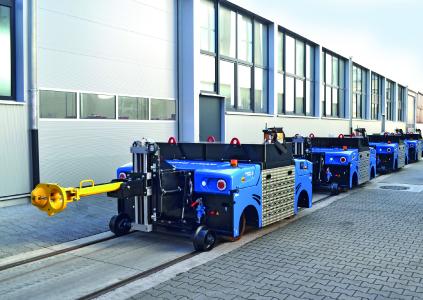 For the project Ahmedabad Metro Rail in India, ZAGRO Bahn- und Baumaschinen GmbH, located in Germany, will supply six electric battery railcar movers of the E-MAXI series as well as two Unimog U 423 road/rail rescue vehicles. The delivery is execute in the scope of a tender for the Ahmedabad Metro Rail Project Phase-I. ZAGRO processes this major contract in cooperation with their Indian partner company Premier India Agencies. The tender includes the design, manufacture, supply and commissioning at site of all vehicles.

Ahmedabad Metro is a new rapid transit system under construction between Gandhinagar and Ahmedabad in the state of Gujarat. The line includes two corridors, one in east-west direction, the second in north-south direction. The total length of the Ahmedabad Metro Phase I will be nearly 40 km. In early March 2019 the Indian Prime Minister Narendra Modi inaugurated the Phase I of the metro for public transportation.

The ZAGRO E-MAXI are used to manoeuver the metro trains at the four depots in Gyaspur, Apparel Park, Gandhinagar and Ahmedabad. For this specific purpose the vehicles of 7.5 and 15 tons weight are suitably equipped with height-adjustable coupling system, interlock function for underfloor wheel lathes, operator seat and radio remote control with video feedback.

The Unimog rescue vehicles will stay in two depots of Ahmedabad Metro: Depot Gyaspur and Depot Apparel Park. The real strength of the Unimog rescue car is revealed during its use on an accident site. The rescue vehicles will be used in case of accident. In such emergency cases, the vehicles drive directly to the accident site, first on the road, then on rails, on the open metro line, but also in tunnels and on viaducts. The rescue vehicles transport the rescue team and the re-railing tools that will be used at the accident place. Each Unimog is equipped with ZAGRO rail guidance axles and specific body superstructures fabricated by GMEINDER LOKOMOTIVEN GmbH, partner company of ZAGRO Group, in order to serve its purpose. The superstructure comprises the personnel compartment with four seats and the toolbox with inner equipment to store the re-railing and rescue tools. These tools are supplied by the manufacturer Lukas Hydraulik and are perfectly suited for the quick and precise straightening, lifting and on-tracking of the derailed material.

For 50 years ZAGRO has enjoyed a reputation as a specialist in the sectors of shunting and road/rail technology. The versatility and efficiency of the road/rail vehicles are based on their flexible operation both on the road and on rails.

Whether small tractor or big shunting vehicle - for trailing loads up to 2800 tons, ZAGRO offers the optimum solution for any shunting operation. Furthermore, various types of working vehicles for the rail infrastructure are being designed according to the customers' needs.

Unimog in tandem control mode in the Netherlands