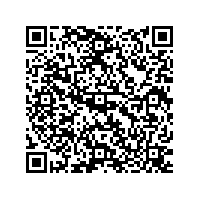 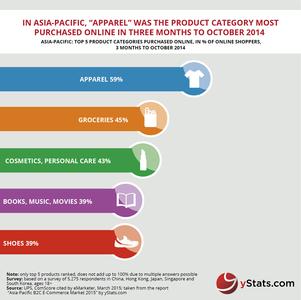 (PresseBox) ( Hamburg, 15-10-08 )
“Asia-Pacific B2C E-Commerce Market 2015” is the title of the new report published by German secondary market research provider yStats.com, specialized in B2C E-Commerce and Online Payments. The publication highlights the significant growth witnessed by the market in the past years and reports on the differences and similarities between the countries. yStats.com’s CEO and founder, Yücel Yelken notes that, “with its immense growth potential, Asia-Pacific is already at the forefront of international B2C E-Commerce and is projected to expand its share of global sales in the coming years.”

Asia-Pacific is the global leader in B2C E-Commerce’s share of total retail sales, ahead of regions such as Western Europe and North America. Asia-Pacific is home to three of the top seven countries with the largest B2C E-Commerce sales worldwide, according to the research results of yStats.com. The largest of them, China, vies with the USA for global leadership as the biggest B2C E-Commerce market. In the next five years, the Asia-Pacific region is projected to account for a still more significant part of the global B2C E-Commerce market, with this growth attributed primarily to emerging markets, such as China and India, while the global share of advanced markets including Japan and South Korea is predicted to decline.

The yStats.com report further stresses that while countries such as Japan, New Zealand and Australia were ahead of others in Asia-Pacific in terms of Internet penetration, China, India and Thailand demonstrated significantly higher mobile shopper penetration rates than these advanced markets. Other important market trends are cross-border online shopping, led by Australia, and social commerce, especially pronounced in some Southeast Asian markets, such as Indonesia.

Overall, B2C E-Commerce sales in Asia-Pacific are projected to increase at moderate double-digit rates through 2019, with India and countries in Southeast Asia especially standing out in terms of forecasted growth rates, as yStats.com’s report explains. Investors have acknowledged this growth trend by funding various E-Commerce merchants in the Asia-Pacific region. In 2014, Indian companies, including Flipkart and Snapdeal, and Chinese platforms like Meituan and Dianping accounted for nine out of the top ten E-Commerce investment deals in the region. Alibaba Group and JD.com, both based in China, remain the leading E-Commerce companies in Asia, while international players such as Amazon, Wal-Mart and eBay also maintain significant presence.