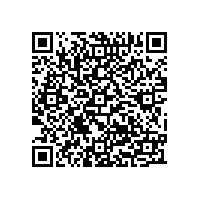 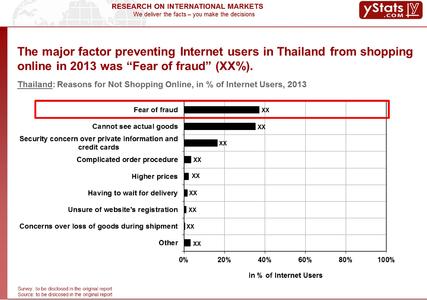 (PresseBox) ( Hamburg, 14-06-26 )
Smartphone penetration and usage in Thailand has been growing rapidly in the past few years, more than doubling between 2012 and 2013 and showing one of the fastest growth rates worldwide. Internet connectivity also has been growing gradually. Thailand is behind some of its neighbors, such as Malaysia, in terms of Internet penetration, however, it is number one in the region in terms of online audience engagement.

Thailand is the second only to China in the Asia-Pacific region In terms of mobile shopper penetration, Shopping via mobile messaging apps is very popular in Thailand. One such popular app, Line, has over 5 million accounts participating in mobile flash sales which it runs in cooperation with prominent brands, such as Maybelline, and online shops, such as Tarad.com. Such sales have proved to be a huge success, with some promotions selling out in a matter of minutes.

Cash on delivery remains the dominant payment method in Thailand, accounting for as much as two thirds of transactions in some online shops, but online payments are on the rise. The number of credit cards owned by consumers in Thailand is increasing steadily, with the share of E-Commerce on total credit card payments reaching a small double-digit percentage share. Online payments via banks are growing also, increasing almost by half last year. Assuring Internet users of the safety of online payment transactions and data entries on E-Commerce websites could further increase consumer willingness to shop online, as fear of fraud is the main reason for the majority of Internet users to not buy online.

Interestingly, political unrest that resulted in the shutdown of the country's capital and other cities in January 2014 and continued for several weeks has proved to be a trigger for online shopping. Some online retailers reported a surge in their website traffic and purchases during the turmoil.

Major E-Commerce players in Thailand are spread across different segments such as online marketplaces, pure B2C and multi-channel retail. The fragmented E-Commerce competition landscape features many players, with models such as B2C and C2C marketplaces, online retailers, auctions, and classifieds.

In the pure B2C segment, online department store Lazada and online clothing and beauty retailer Zalora are among the leaders. An emerging B2C player is WhatsNew, with online shops Venbi.com (goods for children) and Petloft.com (pet food and products). Store-based merchants are also active in the online market, including the two largest retailers CP All with its online shop Shopat7.com and Central Retail though online shops Central.co.th, Robinson.co.th, Powerbuy.co.th and others.