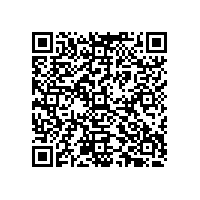 Overall, there is still room for growth in the developing BRIC countries when it comes to B2C E-Commerce. In all four countries, revenue figures show a positive trend.

Household appliances and computers popular in B2C E-Commerce in Brazil

The number of online shoppers in Brazil has shown double digit growth, with more than 20 million people making online purchases in 2010. B2C E-Commerce revenue is rapidly increasing as well - in the first half of 2011 alone, more revenue was generated than in all of 2008. "Household appliances", "Computers" and "Health, beauty and drugs" were the leading product categories and the most successful E-Commerce retailers were BuscaPe, Mercado Livre and B2W.

In 2010, only approximately 25 % of the Russian population had access to a broadband connection and only 8 million Russians had a dial-up connection. Nonetheless, almost 40 % of the population used the internet. The number of online shoppers increased to as many as 45 million, which translates to 60 % of internet users. According to the "BRIC B2C E-Commerce Report 2011" by yStats.com, "Books", "Household appliances" and "CDs/DVDs" ranked amongst the most popular product categories. Additionally, private shopping sites have continued to soar in popularity, such as KupiVIP, distributor of designer fashion.

The number of internet users in India is expected to reach more than 230 million by 2015, which corresponds to almost 20 % of the population. B2C E-Commerce experienced a growth of more than 30 % from 2010 to 2011 in India. The leading product categories include "Mobile phones and accessories", followed by "Computer hardware" and "Consumer electronics". Leading B2C E-Commerce players are Homeshop18.com and Letsbuy.com.

The number of internet users in China is predicted to grow to more than 600 million by 2015 and the number of online shoppers is expected to increase to more than 300 million. According to the "BRIC B2C E-Commerce Report 2011" by yStats.com, the most successful Chinese B2C E-Commerce players based on trading volume were Tmall.com, 360buy.com, Amazon.cn and Dangdang.com. Mobile and group shopping are also becoming more popular, with Taobao taking the lead in this sector.