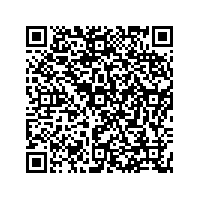 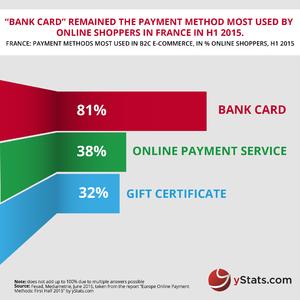 (PresseBox) ( Hamburg, 15-08-11 )
A new installment in the series of publications about online payment markets around the world, "Europe Online Payment Methods: First Half 2015," was published by Hamburg-based secondary market research firm yStats.com. Among the findings of the report is that in many countries of the Western part of the continent, credit card is the leading online payment method, while online shoppers from some of the Eastern European markets rather prefer alternative methods.

In Europe, online shoppers show varying preferences for payment methods used when making purchases over the Internet. In countries such as the UK, France, Spain, Italy and the Nordics, card payments have a clear lead. This trend in Western Europe is disrupted by a few exceptions only, including Germany where invoice and direct debits accounted for a larger share of online sales than credit cards in 2014, and the Netherlands where local banking method iDEAL holds more than half of the market.

On the other hand, alternative payment methods dominate in some emerging markets in Eastern Europe. In the Czech Republic and Belarus, over half of online shoppers paid by cash on delivery in 2014, while in Poland online bank transfer was in the lead, followed by cash, and in Hungary more than two thirds of online purchases were paid for on delivery, either by card or in cash. In Russia, the largest market in the sub-region, card payments overtook cash on delivery as the payment method most used by online shoppers in 2014, but cash still ranks second and is followed by various alternative methods such as E-Money or use of payment terminals.