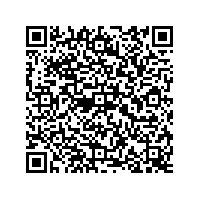 Subscribe to news
(PresseBox) ( Hamburg, 12-08-09 )
"Global Online Payment Methods 2012" report by yStats.com - Hamburg-based secondary market research specialist - analyzes recent developments in E-Commerce payment methods, first on a global scale and then separately for more than 50 regions and countries worldwide. Additionally, the report features the most important trends and the latest news for more than 40 payment companies in these markets.

The average global online shopper uses only a small number of payment methods, with a preference for familiar systems. Not only the online payment segment but also mobile payment methods show a steady growth in 2012. The transaction volume for mobile payments is forecasted to increase by approximately 75% worldwide compared to 2011. In response to this trend, PayPal has launched its PayPal Mobile service. The company expects further growth for 2012 and plans to enter the markets of Russia, China, India and the Middle East.

In 2011, the market share for credit card payments in online shopping was approximately 40% in the USA. This figure is set to slightly increase until 2016 despite data safety concerns voiced by consumers. In March 2012, Western Union launched a digital payment platform called WU Pay, offering bank transfer and cash-based payment options for online shoppers. Despite the continued growth of B2C E-Commerce in Latin America, approximately half of all online shoppers still continued to use cash as the preferred payment method. In 2011, credit cards were online shoppers' preferred payment method in Brazil and Mexico. In 2012, credit cards replaced cash as the preferred online payment method in Argentina, where the transaction volume for the online payment systems DineroMail and MercadoPago experienced strong growth.

Cash Payment Alternatives on the Rise in Eastern Europe

In Europe, where credit cards are still the most popular E-Commerce payment option, new regulations and the SEPA (Single Euro Payments Area) initiative have been introduced to make online payments within Europe easier. In the UK, credit cards were the most frequently used online payment option in 2012, followed by debit cards. In France, credit and debit cards were generally preferred, while payment on invoice was the number one payment method in Germany. The company Visa plans to launch "V.me", its mobile payment service, in the fall of 2012 in the UK, France and Spain - where in 2011 Internet users' preferred payment option was credit cards as well - as the first European markets.

Even though in Eastern Europe payment via Cash-o-Delivery (COD) was previously widespread, other payment methods have also increased in popularity. In Russia, the number of E-wallets increased slightly, but their transaction volume very strongly between 2010 and 2011, while in Romania, credit cards were used in the first nine months of 2011 by nearly 15% more than in the same period the previous year. In this context, Yandex.Money, the leading E-wallet service in Russia, and Earthport announced their partnership in 2012. In Scandinavia, online payment method preferences vary. While online shoppers in Sweden and Finland preferred payment by invoice in 2011, in Denmark and Norway credit card payments dominated in E-Commerce transactions, clearly ahead of other payment options.

With the exception of China and Thailand, in 2012, credit cards were the most popular payment method in the Asia-Pacific region. In Japan, every resident had on average more than six credit cards in 2011. So-called third-party payments, where a third party acts as a middleman, are especially popular in China, where in the first quarter of 2012, more than 750 billion CNY in trade volume were generated with this method. Conversely, in 2011, credit cards were the most frequently used E-Commerce payment method in South Korea. Since July 2012, PayPal has also been active in Malaysia, where the company offered mobile payment options in cooperation with Malaysia Airlines for flight bookings. In Australia, PayPal was the most popular online payment method in 2011, ahead of credit card payments.

The "Global Online Payment Methods 2012" report by yStats.com clearly shows that less traditional markets such as the Middle East and Africa also show potential for online payment methods. In July 2011, Visa and Mastercard payments were the most popular E-Commerce payment methods in the United Arab Emirates, while mobile payment options were preferred in Africa, where many consumers use mobile Internet due to lower costs. Mastercard started to cooperate with Oltio to offer Mastercard Mobile in South Africa.

When it comes to global payment trends in E-Commerce, credit cards appear to be the most popular method, replacing cash payments more and more, while mobile payment options also show high potential.