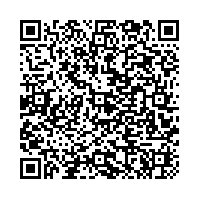 Fifth largest in the world and second largest in Europe, Germany is considered to have an advanced B2C E-Commerce market, by global standards. Germany’s online shopper penetration rate of more than two thirds of Internet users was significantly above the average for the European Union in 2014, and second only to the UK. The current trends present in the German online retail market include M-Commerce, which already reached close to 20% of all B2C E-Commerce sales and cross-border B2C E-Commerce, with a small double-digit share of online shoppers making their purchases directly from E-Commerce merchants in other countries.

A number of primary sources make the prediction that B2C E-Commerce in Germany will grow faster than in the UK or France for the next few years. The projected estimates for annual growth rate stand at double-digit numbers. Online sales are an important growth driver for the retail market in Germany, where retail generally faces very modest growth rates. Consequently, Germany’s B2C E-Commerce share of total retail sales is projected to increase, reaching a double-digit percentage number in 2018.

An important characteristic of the B2C E-Commerce market in Germany is that the product category most purchased online is “Clothing”. As a result, online clothing retailer Zalando is one of the largest online retailers in Germany. Other prominent B2C E-Commerce companies include Germany-based Otto Group and Amazon, for which Germany is the largest market outside North America.