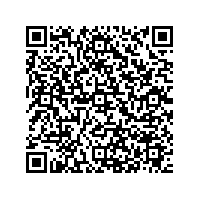 Subscribe to news
(PresseBox) ( Hamburg, 12-08-10 )
In its most recent "Europe Direct Selling Report 2012", Hamburg-based secondary market research specialist yStats.com delivers comprehensive facts and figures on direct selling in Europe. After a general overview of the European market, the report features selected individual European countries in detail. The second part of the report comprises a global ranking of the top 50 players in this sector, including profiles of the most successful competitors that also operate on the European market.

European direct selling is presented with facts and figures from 20 selected countries, including the top markets of Germany, Great Britain, France, Poland and Russia. Furthermore, all competitors are ranked globally based on their global net revenue. The report features the 20 top companies, which are also active in Europe, complete with data about products and the number of direct sellers as well as the latest company news.

In 2011, France and Germany generated the highest revenue in European direct selling, while Russia employed the highest number of staff in this sector. Cosmetics, personal care products and household goods were the most popular products categories in Europe. In Great Britain, especially "person-to-person" selling was widespread and in France, the number of people employed in direct selling increased. In Spain, only 15 Euro were spent on average in this segment, compared to 120 Euro in Japan and 70 Euro in the USA. Especially successful companies were Vorwerk in Italy and Yves Rocher in Switzerland. In Germany, direct selling revenue decreased slightly from 2010 to 2011, however, still reaching more than 2.5 billion Euro. Forecasts for 2012 predicted that in Poland especially companies selling mass products such as cosmetics and fashion would be successful. In 2011, Russian direct selling revenue increased by a one-digit percentage figure compared to the previous year and in Ukraine direct selling revenue grew steadily too. An upward trend can also be observed in the Baltic States. In 2011, the top product categories in Norway - as well as in Turkey - were cosmetics and skin care products.

The "Europe Direct Selling Report 2012" by yStats.com shows that in 2011, Avon Products and Amway generated the highest direct selling net revenues worldwide. German competitor Vorwerk's revenue also increased slightly between 2010 and 2011. Mary Kay is very successful, too, with operations in 15 European countries and more than 24,000 cosmetics sellers in 2011 in Germany alone. PartyLite had more than 62,000 direct sellers worldwide, 34,000 of whom were located in European countries. More than one third of Tupperware's total revenue in the first quarter of 2012 was generated in Europe. Other companies featured in the report include Herbalife, Oriflame, Natura Cosmeticos, Nu Skin, Primerica Financial Services, Telecom Plus, Yanbal International, AMOREPACIFIC, USANA Health Sciences, New Era Health Industry Group, ACN, Scentsy, The Pampered Chef and Menard Japan Cosmetics.

Overall, a slight upward trend can be seen in European direct selling, which is expected to remain stable in the future.