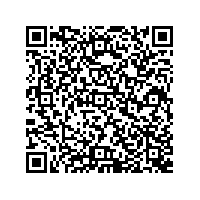 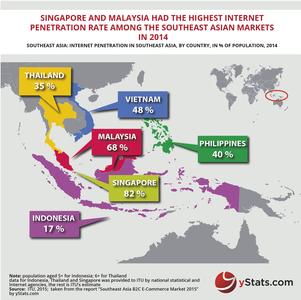 (PresseBox) ( Hamburg, 15-09-10 )
B2C E-Commerce trends and developments in the emerging markets of Indonesia, Malaysia, Philippines, Singapore, Thailand and Vietnam were highlighted in a new report by secondary market research firm yStats.com, titled “Southeast Asia B2C E-Commerce Market 2015”. In this new publication, the Germany-based specialist in B2C E-Commerce and online payment market intelligence reports on the current state and the potential of online retail in Southeast Asia.


B2C E-Commerce in Southeast Asia has seen rapid growth and is predicted to maintain double-digit growth rates for the next several years. While Singapore established itself as the leading country by B2C E-Commerce sales in this sub-region, Indonesia is likely to take over this position due to increasing Internet and online shopper penetration within its vast population. Indonesia is predicted to account for more than a third of overall B2C E-Commerce sales in Southeast Asia in the next three years.

Southeast Asia is home to five of the top 10 countries in the Asia-Pacific region in terms of number of Internet users. However, only Singapore’s online market can be perceived as relatively advanced, with well-developed infrastructure and high Internet penetration, while other Southeast Asian markets can still expect robust growth through new Internet users and online shoppers, as well as infrastructure improvement.

Other B2C E-Commerce markets in Southeast Asia, such as Thailand, Vietnam and the Philippines, currently account for less than a 1% share of domestic retail sales and thus have a great room for growth. Along with an increase in Internet penetration, strengthening trust in online payments, development of delivery infrastructure and E-Commerce regulation will boost B2C E-Commerce growth. The leading trends in online retail across Southeast Asia include mobile and cross-border online shopping. In Indonesia, for example, mobile phones were used by the majority of Internet users to go online in 2014, and were furthermore the devices most used by online shoppers to make purchases over the Internet. Meanwhile, in Malaysia over one third of online purchases were reported to come from cross-border sales last year.

Some of the major regional players in the E-Commerce space in Southeast Asia include online retailer and marketplace Lazada, online classifieds platform OLX and online clothing merchant Zalora. Also global E-Commerce websites such as Amazon.com, Aliexpress.com and eBay.com rank high in popularity among Internet users in Southeast Asian countries.