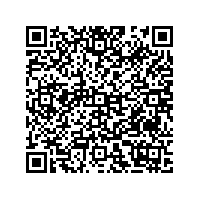 B2C E-Commerce in Asia is an emerging market

Subscribe to news
(PresseBox) ( Hamburg, 11-12-20 )
The “Asia B2C E-Commerce Report 2011” by Hamburg-based market research firm yStats.com provides a detailed overview of B2C E-Commerce in Asia. In addition to the major players dominating this market, the report also presents figures relating to internet users and online shoppers. The report covers the most important markets in Japan, South Korea, China and India along with eleven further Asian countries.
Overall, Asia shows a very heterogeneous development in terms of internet and B2C E-Commerce. In Japan and South Korea, internet use is widely available, which spurs increased B2C E-Commerce revenue. In China, internet penetration is rather low, resulting in much growth potential for E-Commerce. The range of popular product categories varies widely, ranging from books to consumer electronics.

E-Commerce in Japan shows signs of recovery after the earthquake

In 2010, the number of internet users reached approximately 100 million in Japan, which corresponds to 80 % of the population. Following the earthquake in Japan, the major Japanese B2C E-Commerce players experienced a decline in revenue. However, now consumers are again buying more online. According to the “Asia B2C E-Commerce Report 2011” by yStats.com, in 2010 “Books” was the most popular B2C E-Commerce category, followed by “Fashion”, “Music” and “Travel”. Based on unique visitor numbers, Rakuten was the most successful Japanese B2C E-Commerce player in September 2011, followed by Amazon and Nissen.

In 2010, the number of internet users in South Korea rose to more than 35 million. Growth rates were very low in the last few years, given that almost the whole population between 10 and 40 has already been using the internet for a while. South Koreans seem to be very open toward new technologies. As a result, B2C E-Commerce is very well established. Revenue in this area is expected to increase significantly until 2015. Credit card payments are very popular in this segment. In 2010, the most popular product categories based on market volume were “Fashion and fashion related products”, “Household appliances” and “Travel arrangements”.

The number of internet users in China is predicted to grow to more than 600 million by 2015 and the number of online shoppers is expected to increase to more than 300 million. Mobile shopping continues to gain ground in China. This trend can be attributed to the growing number of smartphone sales and the increased use of 3G networks. According to the yStats.com “Asia B2C E-Commerce Report 2011” in 2010, the most successful Chinese B2C E-Commerce players were Tmall.com, 360buy.com, Amazon.cn and Dangdang.com. Group shopping is another trend in this market; based on daily unique visitor numbers in June 2011 ju.taobao.com took the lead.

The number of internet users in India is expected to reach more than 200 million by 2015, which corresponds to almost 20 % of the population. One of the main challenges that online shops have been confronted with for a long time is the desire of Indian consumers to see and touch products before buying them. As a result, many retailers offer Cash-on-Delivery payment and convenient return and refund options. As shown in the “Asia B2C E-Commerce Report 2011” by yStats.com, the leading product categories include “Mobile phones and accessories”, followed by “Computer hardware” and “Consumer electronics”. In October 2011, the leading B2C E-Commerce player gauged by unique visitor numbers was Homeshop18.com.

In Indonesia, the number of internet users is expected to grow from 60 million in 2010 to almost 170 million by 2015. Encouraged by this trend, Japanese online department store Rakuten has founded a joint venture online department store in Indonesia. The “Asia B2C E-Commerce Report 2011” by yStats.com shows furthermore that in 2010, the most popular product categories in Malaysia included “Travel”, “Payment services” and “Entertainment”. Overall, almost half of the population made online purchases. In the Philippines, almost 30 million people used the internet in 2010, which translates to approximately 30 % of the population. In Singapore, this share amounted to as much as 80 %. More than one million people shopped online, with B2C E-Commerce revenue expected to increase by more than 30 % over the next few years. As highlighted in the “Asia B2C E-Commerce Report 2011” by yStats.com, B2C E-Commerce is also gaining ground in Thailand due to safe and convenient payment options. In early 2011, “Fashion”, “Entertainment” and “IT products” were the leading categories in this segment. In Vietnam, the number of internet users reached almost 27 million in 2010, which is more than 30 % of the population. Enbac.com, 123mua.vn and 5giay.vn were among the most important competitors. In Hong Kong, E-Commerce still has much potential for growth. However, almost half of the population has shopped online at least once. The most popular product categories are “Tickets” and “Hotel stays”. In Taiwan, in 2010 more than 16 million people used the internet. B2C E-Commerce is becoming increasingly important there too, with Books.com.tw and PCHome being the biggest players in this segment.

Development potential in the rest of Asia

In the United Arab Emirates, in 2010 almost half of all respondents had already made at least one purchase. Additionally, approximately 25 % of all respondents planned to make one purchase using their mobile phones in 2010. In Saudi Arabia, almost 40 % of all internet users purchased products online or paid online for services. In Pakistan, B2C E-Commerce is still largely underdeveloped. The number of online shops and online transactions continues to increase steadily and the number of internet users has already surpassed the 20 million threshold.