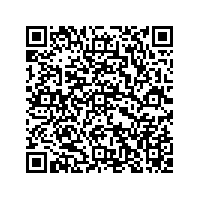 The first notable fact is that Brazil has the largest share of internet users in Latin America. In 2010, more than 35 million Brazilians were actively using the internet. Most of them are in the south-eastern part of the country, in cities like Sao Paolo and Rio de Janeiro.

The number of online shoppers in Brazil has shown double digit growth, with more than 20 million people making online purchases in 2010. With 80 %, "shopping" is one of the most popular activities among Brazilian internet users. The yStats.com "Brazil B2C E-Commerce Report 2011" shows that some Brazilians shop frequently - almost one quarter of all online customers had already made more than ten online purchases in the first half of 2011. In line with this trend, B2C E-Commerce revenue has rapidly increased. In the first half of 2011 alone, more revenue was generated than in all of 2008.

Group Shopping is a new Trend

"Household appliances", "Computers" and "Health, beauty and drugs" were the leading product categories in the first half of 2011. In September 2011, the most successful B2C E-Commerce retailers were BuscaPe, Mercado Lovre and B2W. Group shopping is a major trend in Brazil - in September 2011, the leading portals in this segment were SaveMe, ApontaOfertas and Groupon.