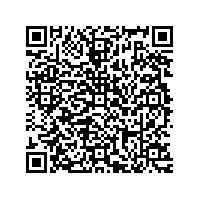 Subscribe to news
(PresseBox) ( Rotterdam/Würzburg, 15-08-12 )
Fagron is a scientific pharmaceutical R&D company that is focused on the worldwide optimization and innovation of customized pharmaceutical care to broaden the prescriber's therapeutic scope, with the aim of fulfilling the worldwide growing need for customized medication and improving patients' quality of life.

Fagron is currently active in 32 countries in Europe, the Americas, the Middle East, Africa, Asia and the Pacific. Fagron's global presence provides major competitive advantages, such as the central procurement of pharmaceutical raw materials, optimal utilization of production facilities, and the international roll-out of successful and innovative products and concepts.

Fagron will streamline its businesses worldwide by implementing a central multi-site ERP system based on Microsoft Dynamics AX and the Yaveon ProLife industry solution.

Due to the rapid growth of Fagron, the hosting was done on several different Dynamics NAV installations resulting in reporting, transparency and process harmonization challenges. Therefore Fagron decided to move to one single installation of Microsoft Dynamics AX 2012 with Yaveon ProLife.

"We have seen the deep industry knowledge of Yaveon. This gave us the confidence to proceed with Yaveon in the lead consulting seat when implementing the multi-site ERP-suite Microsoft Dynamics AX", says Richard Caffa, internal application consultant at Fagron.

YAVEON AG is among the largest channels of any Dynamics add-on products with over 10 partners in more than 20 countries. Its solutions help businesses around the world increase revenue, build compliance, reach new customers and lower their costs of operations. YAVEON AG solutions have been installed by 350 companies worldwide. YAVEON is named a global industry partner of Microsoft Dynamics dedicated to the batch manufacturing industry. 200 employees in Germany, Switzerland and Austria are fully dedicated to that vertical industry approach.

YAVEON has been named a top innovator 2015 by the Institute for Entrepreneurship & Innovation at the Vienna University of Economics & Business.