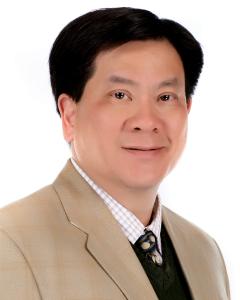 (PresseBox) ( Igersheim, 21-07-27 )
.
Khoi Vu will strengthen the WITTENSTEIN motion control management team at the WITTENSTEIN Group’s US subsidiary in Bartlett / Illinois from August 1, 2021.


A mechanical engineer by profession, Vu can look back on nearly 40 years of experience in executive positions in the American market. He has already supported the strategic development of existing business units on several occasions in the past, mainly by tapping into new markets in the aerospace and defense industries.

Khoi Vu will be Head of WITTENSTEIN motion control in the US with management responsibility for engineering and research & development, among others. Kasper Rungfeldt, M.Sc., can look back on nearly 30 years of experience around the world in executive positions in the energy, defense, aerospace and maritime industries. He was appointed Managing Director of WITTENSTEIN motion control in 2018 with responsibility, for example, for sales and production. He is also manager for the German and British sites as well as for WITTENSTEIN High Integrity Systems (GB).

Speaking with one voice Dr. Bertram Hoffmann, CEO of WITTENSTEIN SE, and Peter Riehle, President of WITTENSTEIN North America, commented: “Especially with an eye to our global markets, it’s vital that we distribute responsibility worldwide, to gain an even better understanding of our core industries and our global customers.”

one with the future
With around 2900 employees worldwide and sales of €426.6 million in 2019/20, WITTENSTEIN SE enjoys an impeccable reputation for innovation, precision and excellence in the field of cybertronic motion – not just in Germany but internationally. The Group possesses exceptional expertise for the mastery and further development of all technologies relevant to mechatronic drives and comprises six innovative Strategic Business Divisions including WITTENSTEIN motion control. We develop, produce and sell products such as high-precision servo drives and linear systems, servo systems and motors as well as cybertronic drive systems for many areas of application including machine and plant construction, aerospace or oil and gas exploration. Nanotechnology and software components round off the portfolio. With 25 sites in more than 45 countries, the WITTENSTEIN Group (www.wittenstein.de) is represented in all major technology and sales markets.