WITTENSTEIN at the Hannover Messe 2018: Galaxie® - superior on principle 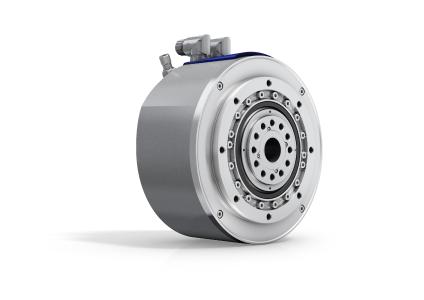 (PresseBox) ( Igersheim, 18-02-20 )
The WITTENSTEIN SE booth at the Hannover Messe 2018 will center around the Galaxie® Drive System. Several new highlights linked to Galaxie® will be presented there under the motto “Make the impossible possible”, including a new size for axes with very high compactness and precision requirements at low to medium torques as well as an ultra-flat design and a gearbox version with or without a hypoid input stage for space saving integration in the machine. Various practical working models which clearly demonstrate the ongoing development, use and benefits of the Galaxie® gearbox generation in machine tools, cutting heads and robot welding guns will likewise be among the exhibits.

The focus on Galaxie® at the WITTENSTEIN booth takes up the thread of the successful product launch at the Hannover Messe 2015 and the winning of the Hermes Award. In the meantime, this innovative drive system has not only showed itself to be “superior on principle” in numerous industrial applications, frequently making the impossible possible – it has also received scientific acclaim as an independent gearbox generation. It is even set to be featured in a standard reference work on machine tools in the near future. A staunch community of enthusiasts, who have referred to Galaxie® as a “milestone in engineering” in various publications and presentations, has also emerged among businesses and industry associations such as the German Research Association for Power Transmission (FVA) or the German Engineering Federation (VDMA).

Visitors to the WITTENSTEIN booth will be treated not only to five different sizes of the Galaxie® Drive System but also to a brand new design. The compact Galaxie® D in size 085 for use in smaller cutting heads or handling axes where special requirements apply regarding torsional rigidity and freedom from backlash, the ultra-flat Galaxie® DF in sizes 110 and 135, which saves up to 30 percent of the normal installation length, and the Galaxie® GH with its optional right-angle input stage are just three examples. Galaxie® can be integrated into existing machine concepts without any problems thanks to the flexible encoder interfaces – as manifested at the upcoming trade fair by diverse applications realized jointly with Galaxie® customers. These demonstrate how the drive system can be used in practice and underscore its technological superiority in machine tools, cutting heads and robot welding guns, to name but a few.

For the first time, WITTENSTEIN will show how operating data can be transmitted to an IoT cloud using a Galaxie® Drive System equipped with sensors. This data can in future be accessed anywhere and on any device throughout the drive lifecycle, regardless of the control system.

The inherent superiority of the Galaxie® principle is scientifically proven. The decisive features here are the dynamic teeth instead of a rigid gear ring, the tangential and hydrodynamic tooth contact over the full surface when loaded and the new type of bearing with a segmented outer race ring. All of this adds up to a novel design principle, with the result that Galaxie® is clearly superior to other, established principles in all key technical disciplines compared to the market standard. In short, Galaxie® is a disruptive innovation which is increasingly causing existing design strategies to be overturned and rebuilt.

The scientific reasoning behind the Galaxie® Drive System’s status as a new gearbox generation is largely based on the fact that WITTENSTEIN introduced the mathematical function known as the logarithmic spiral as a fundamentally new principle in gear unit design. The toothing takes the form of an input polygon, around which the individual teeth are grouped, leading to full-surface contact and mathematically precise synchronous running. Both the theoretical functionality of Galaxie® and its technical performance features and benefits are meanwhile generally accepted among scientists – especially since the logarithmic spiral is also recognized in the “mathematics” of nature as a splendid model when it comes to effectiveness and design, for instance in a snail’s shell, the arrangement of sunflower seeds or spiral galaxies.

Innovations linked to the Galaxie® Drive System will be presented to the trade press at the traditional WITTENSTEIN AG press briefing at the Hannover Messe 2018.

With around 2400 employees worldwide and sales of €339 million in 2016/17, WITTENSTEIN SE enjoys an impeccable reputation for innovation, precision and excellence in the field of mechatronic drive technology - not just in Germany but internationally. The group comprises six pacesetting Business Units with separate subsidiaries for servo gearboxes, servo actuator systems, medical technology, miniature servo units, innovative gearing technology, rotary and linear actuator systems, nano technology and electronic and software components for drive technologies. Through its 60 or so subsidiaries and agents in approximately 40 countries, WITTENSTEIN SE (www.wittenstein.de) is additionally represented in all the world's major technology and sales markets.