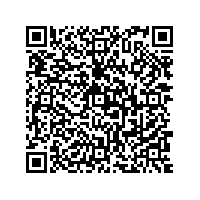 WITTENSTEIN at AUTOMATICA 2008:A holistic view of energy efficiency 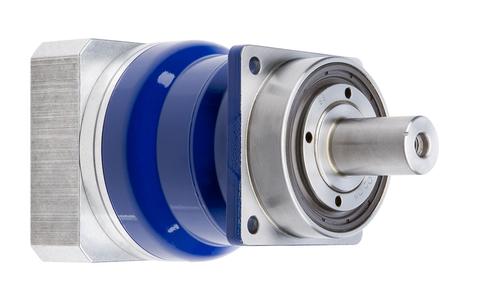 (PresseBox) ( Igersheim, 08-05-15 )
Energy efficient solutions in the drive technology sector will be showcased by four of WITTEN-STEIN AG's Business Units at the Munich "AUTOMATICA" fair from June 10 to 13, 2008. The SP+ High Speed gearhead from alpha getriebebau GmbH - the "energy saver" of transmission engineering - will be the highlight of the joint stand (No. 302) in Hall B1.

Responsible use of energy resources is a top priority today, even for companies whose business is unrelated to power generation or the development of energy technology. Drive systems designed with optimal efficiency in mind will be presented not only by alpha getriebebau but also by three other WITTENSTEIN subsidiaries: WITTENSTEIN motion control GmbH, WITTENSTEIN cyber motor GmbH and WITTENSTEIN electronics GmbH. The secret of their success -unprecedented precision centred around components that engage with micron accuracy, assuring the highest possible energy efficiency in operation.

SP+ High Speed is a low-backlash planetary gearhead developed by alpha getriebebau, a subsidiary of the WITTENSTEIN Group: compared to its conventional, industry standard counterparts, this revolutionary alpha gearhead already saves 39 gigawatt hours of electricity annually in packaging, textile and paper machines and printing presses - equivalent to the amount consumed by a town of 11,000 households or generated by eleven wind turbines. From the point of view of machine manufacturers and plant operators, the fact that the low-backlash SP+ High Speed gearhead is designed with a frictionless seal and surface coated gear wheels that reduce heat loss to a minimum, almost halving the gearhead temperature, is at least as important as its exceptionally quiet running and top performance. The service life of both the gearhead and the motor is extended as a result - and the additional investment in the SP+ High Speed is recovered within just fifty working days due to the lower costs for energy. SP+ High Speed - alpha's remarkable energy saver - convinces with a harmonious blend of ecology, economy and technology.

Thanks to its high coupling factor (>10), this rotary actuator from WITTENSTEIN motion control (WMC) enables smaller motors to be designed and hence saves energy and raw materials. Quieter, shorter and smoother than its predecessor, TPM+ stands for superior power density and maximum dynamic response. Its ingenious concept - the outcome of a length saving of well over fifty percent compared to conventional motor/gearhead combinations - is peceived by customers as an immense advantage.

WITTENSTEIN electronics GmbH (WEL), WITTENSTEIN's newest Business Unit, began developing miniaturised, intelligent software and electronic components for complex mechatronic systems - including sensorless controls for servo motors - just over a year ago. These components increase the availability and reliability of the drive system, so that users benefit from significantly higher productivity and lower costs.

The first customised solution to be successfully implemented by WEL and WITTENSTEIN cyber motor features two high-performance servo motors operat-ing on a compact, dual-axis controller. The motors have no feedback systems whatsoever, so that the connection technology is extremely simple. They run precisely and highly dynamically at speeds of up to 20,000 rpm. Despite their small size, they are designed to achieve a maximum axle power of more than 1 kW.