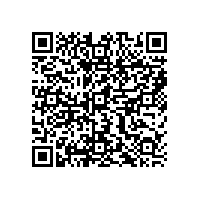 WITTENSTEIN AG at the Hanover Fair 2009 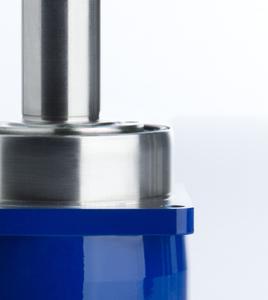 (PresseBox) ( Igersheim, 09-02-20 )
"Technology - Male domain in transition" - this will be the motto of mechatronics specialist WITTENSTEIN AG at the forthcoming Hanover Fair. Amongst other things, the limelight will be on the Group's WITTENSTEIN alpha subsidiary, which recently subjected its SP+ and TP+ series of low-backlash gearheads to a technical and visual facelift to mark its 25th anniversary. Before the question is raised - customers can rest assured that all critical external and connecting dimensions will remain unchanged. The new gearhead models offer guaranteed 1:1 compatibility.

The leading drive manufacturer has succeeded in optimising the already mature concept of its alpha SP+ and TP+ gearheads even further. At the same time, they have been given a new, more modern design. After all, we want the technical perfection on the inside to be clearly visible on the outside.

When developing the latest enhancements to the SP+ and TP+ series, the engineers responsible were careful to consistently apply the principle of resource efficiency, a central topic that has long been a focus of WITTENSTEIN's holistic corporate philosophy. This is especially apparent in details, for example in the fact that the newest generation of the low-backlash planetary gearheads is now quieter than ever before. The permissible radial forces of the SP+ gearheads have likewise been improved. This not only makes them more robust, it also gives customers the option of purchasing a smaller, less expensive size.

What's more, the torques are significantly higher - up to 25%, depending on the version - thus raising the power density of what are in any case incredibly compact gearheads. Once again, users can profit from this to "downsize", in other words they can select a smaller gearhead without compromising its specification.

The responsible use of resources and energy will be additionally underlined at the Hanover Fair by WITTENSTEIN's new trade fair presentation. Sustainable development - and with it the Group's clear commitment to accepting social responsibility - is one of the long-term values established at WITTENSTEIN AG.

With around 1400 employees worldwide and sales of €164 million in 2007/2008, WITTENSTEIN AG enjoys an impeccable reputation for innovation, precision and excellence in the field of mechatronic drive technology - not just in Germany but internationally. The Group comprises seven pacesetting Business Units with separate subsidiaries: for servo gearheads, servo drive systems, medical technology, miniature servo units, innovative gearing technology, rotary and linear actuator systems as well as electronic and software components for drive technologies. Through its 60 or so subsidiaries and agents in approximately 40 countries, WITTENSTEIN (www.wittenstein.de) is additionally represented in all the world's major technology and sales markets. WITTENSTEIN motion control, WITTENSTEIN cyber motor and WITTENSTEIN electronics will exhibit alongside WITTENSTEIN alpha at the 2009 International Hanover Fair joint booth in Hall 14, Stand J04.