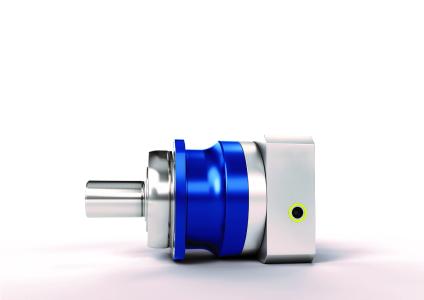 (PresseBox) ( Igersheim, 19-04-04 )
Smart gearboxes with the “cynapse” feature from WITTENSTEIN alpha – in other words, gearboxes with integrated sensors that enable Industry 4.0 connectivity – will make their debut at the Hannover Messe 2019. They are capable of recording, storing and outputting temperatures, vibration, operating hours and mounting positions and processing them in integrated logic functions. Gearboxes with “cynapse” are identical to the existing models in terms of design, size and contour: instead of externally mounted parts, they ship with a sensor module that is elegantly integrated into the gearbox with a form-fit connection as well an electronic identification plate and an IO-Link interface. Drive solutions which have already been designed hence need no further modification.

The smart gearboxes will be launched in the market in fall 2019, when the associated IODD file can also be downloaded from the IODDfinder portal. The smart variant will initially be available for the successful gearboxes in the alpha Premium Line and then gradually extended to all WITTENSTEIN alpha series.

Until now, gearboxes have been no good at communicating. The new smart variant alters this situation radically. The gearboxes have now “got something to say”: they are capable of recording and storing different influencing quantities in the process and the environment which impact on gearbox operation, and communicating them to automation systems as well as to all standard IIoT platforms. This so-called “cynapse” functionality of the smart gearboxes – comprised of a sensor module, the data output using IO-Link and the resulting I4.0 connectivity – comes hand in hand with integrated logic functions for implementing customized tasks. For example, the actual and threshold values for temperatures and vibration can be compared directly in the smart gearbox, an alarm signaled if the high or low limit is exceeded and all events stored and documented. According to reports from the first lead customers, the smart gearbox functionalities enable even more transparency, performance, reliability and availability, especially with critical axes. Critical operating states are detected sooner, so that the risk of damage to the gearbox and the drive train is minimized and expensive repairs or machine stoppages avoided. Moreover, this gearbox data can be efficiently integrated into the maintenance and repair schedules for the entire machine or plant. WITTENSTEIN alpha gearboxes with “cynapse” consequently achieve a rapid return on investment, as likewise confirmed by lead customers: The data from the smart gearboxes permits efficient process improvements – and the costs which result from damage far outweigh the comparatively modest markup for the integrated intelligence.

WITTENSTEIN alpha’s smart gearboxes are a milestone for networked production as defined by Industry 4.0. They are an important building block in the digital transformation of production processes and structures in that they eliminate the “black box” which is traditionally essential to ensure transparent drive trains. At the same time, they provide additional information which can be leveraged by automation systems or cloud applications to optimize the flexibility, availability and productivity of machines and equipment.

Get started: play IIoT smart & simple – the smart gearbox variant is a significant step in WITTENSTEIN’s evolution from a drive manufacturer and mechatronics corporation to a “Leader in Cybertronics”.

With around 2600 employees worldwide and sales of €385 million in 2017/18, WITTENSTEIN SE enjoys an impeccable reputation for innovation, precision and excellence in the field of mechatronic drive technology - not just in Germany but internationally. The group comprises six pacesetting Business Units with separate subsidiaries for servo gearboxes, servo actuator systems, medical technology, miniature servo units, innovative gearing technology, rotary and linear actuator systems, nanotechnology and electronic and software components for drive technologies. Through its 60 or so subsidiaries and agents in approximately 40 countries, WITTENSTEIN SE (www.wittenstein.de) is additionally represented in all the world's major technology and sales markets.

Innovative, digital and - at long last live - in person again: WITTENSTEIN at sps 2021