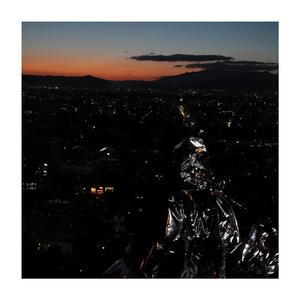 (PresseBox) ( Igersheim, 13-12-17 )
Sascha Weidner has been named as the inaugural winner of the Entrepreneur 4.0 Award. This new art prize is endowed with 15,000 euros and will be presented in May 2014 at the official opening of the "WITTENSTEIN Innovation Factory" in Igersheim-Harthausen, not far from Würzburg in South-West Germany.

The thematic focus of the Entrepreneur 4.0 Award, initiated by WITTENSTEIN AG in cooperation with IMMAGIS, the Würzburg photo agency, is the changing conditions for entrepreneurial activity in the context of the 4th Industrial Revolution. A total of thirty international photographers and twelve talented newcomers from the renowned Ostkreuz School of Photography in Berlin were invited to present their view on the fusion of the physical and digital worlds associated with what has become known as Industry 4.0 through the medium of artistic photography. The works selected under the theme "Portraying Visions" use art as a means to highlight possibilities for, and shifting perspectives on, a future that has yet be designed while simultaneously providing us with motivation.

The Entrepreneur 4.0 Award serves as a symbol of, and a platform for, the vital exchange between the heterogeneous worlds of business and art in a way unmatched by any other award of this kind. It purports to promote a new consciousness of the growing social responsibility held by business organizations as they set about shaping the future in a complex world. The award aims to sharpen our senses for new opportunities and raise our awareness of changing economic, ecological and social criteria for action as well as new standards and values.

Following the inaugural award in 2014, enterprises from a wide range of industries will act as organization partners in subsequent years. This idea that the award should be distinct from the company after which is named is extremely unusual for a business-initiated art prize, though it is altogether apt for Dr. Manfred Wittenstein, the initiator. He is concerned not so much with maximizing his company's cultural attractiveness as with sparking off an interdisciplinary dialogue "between" industry, research and culture. "We need a broad debate on all levels of society on the role of entrepreneurs in today's increasingly dynamic world, in which everything takes place in a wider, global context. An aesthetic, artistic and critical presentation of this forward-looking topic will serve as an emotional and effective invitation to everyone attending to take an interest and actively collaborate", said Dr. Manfred Wittenstein when prompted to explain the vision behind the Entrepreneur 4.0 Award. The exhibition in honour of the award winners and other nominated artists in the spring of 2014 on the site of WITTENSTEIN AG, the leading mechatronics corporation which has already picked up several awards for innovation in the past, will reflect this assessment and at the same time provide radical momentum for the award's continuation with new industrial partners.

The jury, comprised of top-flight representatives from the worlds of art, media and business, selected Sascha Weidner from the thirty professional photographers nominated in the "Artists" category. His "Hanami" cycle of pictures (literally "flower viewing") follows the Japanese traditional custom of enjoying - once a year in springtime - the transient beauty of flowers, "flower" in this case almost always meaning cherry blossoms. Weidner sums up his series as follows: "And the way nature constantly reconstructs and renews itself, adapting to the most various situations, can also be exemplary of industry; recreating itself in groupings and connections, blossoming in all its glory and withering away, paying tribute to new conditions, the cycle of natural evolution thus going hand in hand with the industrial revolution".

Sascha Weidner graduated in Photography, Fine Arts and Communication Design at Braunschweig University of Art, where he was a master-class student under Dörte Eißfeldt. He has already received several awards for his oeuvre, including the Alison & Peter Klein Foundation advancement award "Stiftungspreis für Fotokunst" in 2011 and the Berlin Art Prize in 2010. His works have featured in numerous solo and group exhibitions and are also on show in public collections.

Reversal (or inversion) is one of Sascha Weidner's prominent themes, present in all of his works, which reveals his deep respect for the surrounding environment and the finitude of its material and immaterial resources. Born in Georgsmarienhütte, not far from Osnabrück (Germany), in 1976, the artist defies categorization and sees himself as a kind of "artist-entrepreneur" rather than belonging to a particular "school".

The jury cited the following reasons for its decision:

Sascha Weidner's images bear witness to working without a safety net and demonstrate a great willingness to take risks in his personal quest for pictures - and in such a competition it is artistic autonomy that should be rewarded. To continually permit oneself a fresh view of the reality that one encounters, therein lies the extraordinary quality of the oeuvre and a testament to its unique poetological power.

AWARDS TO STUDENTS OF PHOTOGRAPHY

The jury praised the initiators of the Entrepreneur 4.0 Award for their decision to invite students of such an exceptional training establishment as the Ostkreuz School of Photography in Berlin to participate in the inaugural competition. It therefore made sense to confer prizes on not one but three talented young photographers, all of whom have a different methodological approach such as documentation / reportage, production and installation.

First place in the Students category, worth 5000 euros, went to Bastian Gehbauer (born 1985). In his work "Circle I" Gehbauer explores the correlation between the archaic nature of humanity throughout all eras and man's continual drive toward technical advancement and globalization. Awards worth 1500 euros each were also bestowed on Julia Runge (born 1990) and Mara Ploscaru (born 1987).

Parallel to the decision-making process by the jury, members of the general public were also invited to vote for their favourite artists from the list of nominees from October 1 to December 15, 2013. The audience prize was won by Berlin photographer Julia Runge (born 1990), echoing the jury's choice in the "Students" category. Her "Growing Hope" series addresses the development of new forms of thinking in Africa's fight against poverty through social entrepreneurship. Her photographs document new, successful concepts for cultivating mushrooms.

For more information on the nominated artists and their works as well as the Entrepreneur 4.0 Award in general, see www.unternehmer4punkt0.de.

A catalogue containing the works of all artists nominated for the Entrepreneur 4.0 Award together with their accompanying statements will be published by Distanz Verlag in May 2014.

IMMAGIS, an agency for contemporary fine art photography, was founded in 2009. In addition to the online gallery, IMMAGIS also has a physical gallery in Würzburg. More information: www.immagis.de.