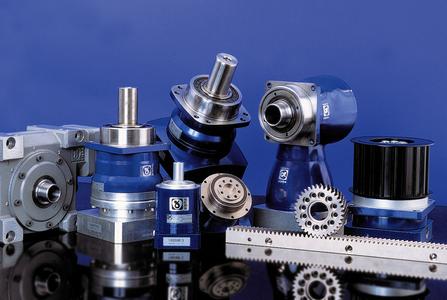 (PresseBox) ( Igersheim, 07-04-19 )
As an environmentally aware company, alpha getriebebau GmbH has decided to apply the RoHS Directive which came into force within the EU a few months ago to all alpha products from spring 2007. This new European Union Directive restricts and controls the content of heavy metals and toxic materials in electronic and electrical consumer equipment, such as household appliances, computers, telephones, children's toys, medical equipment and measuring instruments. Industrial products like planetary gearheads are not affected by the new regulation. Despite this, alpha has resolved to replace the lead-containing aluminium alloy used until now for certain parts with lead-free, RoHS-compliant materials that are benign to the environment.

"RoHS", which stands for "Restrictions on Hazardous Substances in Electrical and Electronic Equipment", bans the marketing of all relevant products containing lead, cadmium, sexavalent chromium, mercury or PBB/PBDE flame retardants in concentrations exceeding the defined maximum limits. Lead, for example, is found in almost all PVC blends as a component of stabilisers. Lead and sexavalent chromium are included in many colour concentrates used to colour core insulation and cable jackets.

It is the EU's declared objective to protect all consumers who in the past risked coming into contact with these noxious substances as buyers or users of power tools or electrical equipment, and in the long term to eliminate such materials from the recycling loop completely. As purely mechanical products, alpha gearheads are not, strictly speaking, covered by this new regulation. Furthermore, they are not destined for consumer purchase but for installation in machines.

It was not without reason that the aluminium parts employed in alpha gearheads to date contained small quantities of lead: their processing properties in the cutting process were clearly superior. What sparked alpha development engineers' decision in the summer of 2006 was the need for a prompt response to Japanese machine builders' strategy of securing a competitive edge for themselves with environmentally compatible products. Their argument: if products intended for end customers, like flat screens, are obliged to be RoHS-compliant, why shouldn't the production facilities used to manufacture them also consist of RoHS-compliant components?

Yet this environment and customer friendly move resulted in numerous headaches for engineers at alpha: the new alloys are not only more expensive but - a far bigger problem - they were initially unobtainable in the required quantities and additionally entailed longer processing times. Considerable costs and effort were also expended on migrating the technology, for instance for material tests, new machining processes and revisions to the entire technical documentation.

Although the changeover will consequently take slightly longer than originally planned, lead-free aluminium is set to be introduced for alpha's standard product line (SP+, TP+ and LP+) in May 2007. alpha gearheads will in future conform to the new, environmentally friendly EU Directive that goes by the name "RoHS".